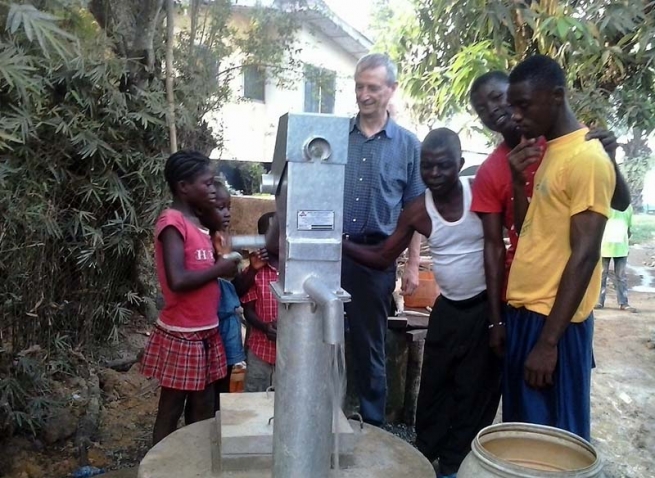 (ANS - Monrovia) - One of the pastoral problems of Liberia concerns the family. The Salesians in the country are faced with a situation that sees a high number of de facto unions, children raised by a single parent, and girls who are already mothers when they should still be at school. The pastoral activity of the Salesians is also directed towards the emotional education of young people, not to mention the initiatives to promote religious activities and social works on behalf of the needy.

"For us the year dedicated to the family and the recent post-synodal exhortation of Pope Francis serve as inspiration to draw up programmes to support good families, encouraging unmarried couples to legalize their union with the sacrament of marriage, and preparing young people to choose Christian love in relations with their partner,” says Fr Nicola Ciarapica, SDB, from Matadi  a district in Monrovia.

Most of the families living in the area have very precarious hygienic situations, due among other things to the lack of access to clean water. In the jubilee year of Mercy, with the help of many benefactors, the Salesians were able to provide 3 wells for drinking water and 2 others were put back into operation and handed over to local communities.

At present, the community of the parish of the Holy Innocents which is entrusted to the Salesians, is extending the church building to accommodate up to 500-600 faithful. This is necessary as a result of the growth in the number of participants in liturgical functions, while the benches were not enough to accommodate even the 500 students of the mission school.

And trying to be more and more "an outgoing Church", during the month of May, the community will continue the tradition started in 2013 of celebrating Mass in the homes of families in the area. "It's a way for us to get close to them and share their joys and sorrows," concluded Fr Ciarapica.