Bolivia – What is happening in the country 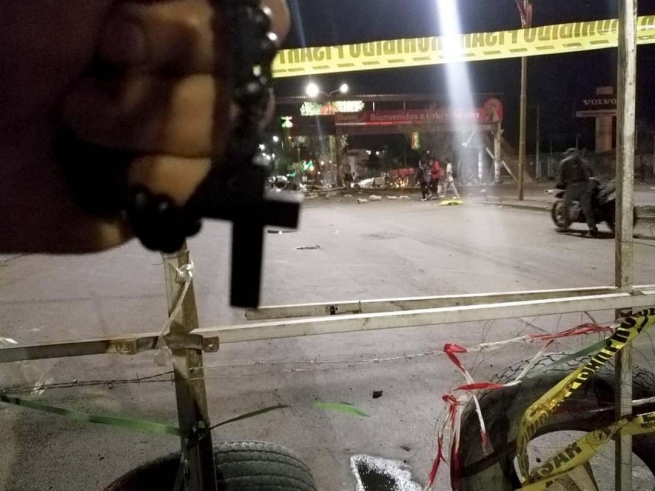 (ANS - Cochabamba) - The Salesian Province in Bolivia is grateful for the solidarity and support expressed by all in relation to the assault, looting and destruction of the Ichilo Radio and Television Broadcast Station, located in the municipality of Yapacaní, Santa Cruz, and for its proximity manifested earlier for the launch of tear gas at the "Don Bosco" school in La Paz while students were in the courtyard. Let us make clear to our sister communities in America and in the world that what has happened in Bolivia is the fruit of a complex social and political process that has resulted in the resignation of the former president Evo Morales and in the appointment of a legitimately constituted transitional government.

From what we can observe, there was nothing like a coup d'etat, but rather the clear civil and popular or people's resistance to a new affront by the former governing party against the Political Constitution of the State. Some related passages are that Evo Morales did not respect the result of the constitutional referendum of February 21, 2016 - in which the polls expressed that he should not resume his candidacy for other elections - and claiming a "human right", he ignored those results and presented himself in the October 20 elections this year.

To this, one must add the forest fires of more than 1,000,000 hectares in Chiquitanía, which among its causes has a government decree that favors the practice of the "chaqueo", i.e, the forest fire to provide more agricultural land to people close to the MAS (Movimiento al Socialismo) and for commercial interests. And finally, the electoral fraud in favor of Morales, denounced by the Organization of American States after reviews of verification carried out by a group of experts of the OAS.

The majority of Bolivian citizens has sought a peaceful solution to the conflict during this period and this has materialized in the mutiny of police officers who have refused to repress civilians in protest. The army also suggested that the former president cease his duties and he decided to resign to give way to a constitutional succession, now headed by Dr. Jeanine Áñez.

The Bolivian bishops, in their statement of November 10, say literally: "What is happening in Bolivia is not a coup d'etat, we say it before the Bolivian citizens and in front of the whole international community."

In this context, much too summarily, we ask the Salesian communities of America and the world not to fall into misinformation or into the assumption of the loss of legality and democracy in Bolivia. We still live in difficult times because of the squadrons of Evo Morales who do not accept the resignation of their leader and ask him to return to the government, which is completely unachievable after all the corruption and manipulation of the powers of the State in which we have been submergedhave come to light.

All our Salesian works continue to accompany the people in this difficult moment, offering their educational-evangelizing service to the extent that circumstances permit. We thank the whole Salesian Family of the world for prayer and closeness. And we continue to ask God for a quick, peaceful and just solution to these conflicts.