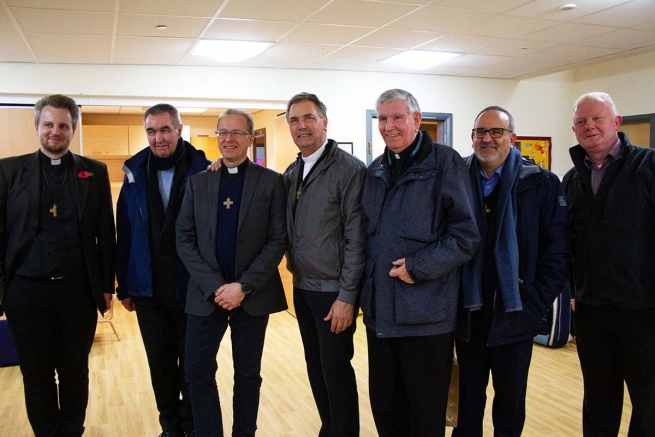 (ANS – Bolton) – The Rector Major began his animation visit to the GBR Province last night, November 19th, with a trip to Bootle, near Liverpool, to meet the Salesian Community and members of the Salesian Family in the area. At Savio Salesian College, he addressed an audience of students and teachers, young leaders, parishioners, Salesian Sisters and Cooperators, and then spent time in conversation with groups of guests.

Don Á.F. Artime began his first full day in the GBR Province with a traditional English breakfast with the Thornleigh community in Bolton, and then began a tour of Thornleigh Salesian House, which is also home to Provincial Office and several other Province-wide functions.

At noon, he visited Thornleigh Salesian College and rededicate the chapel.