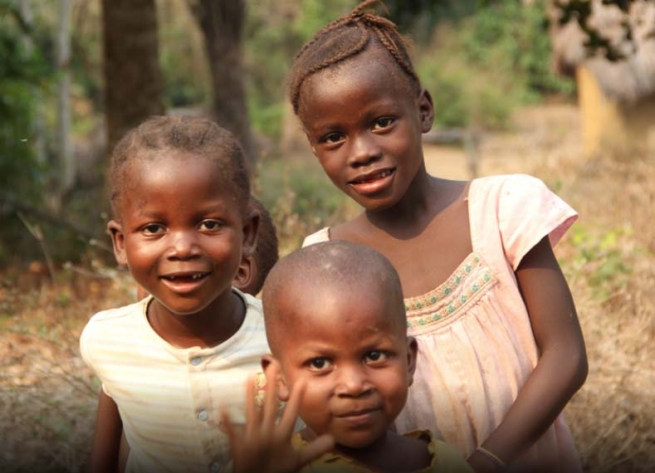 (ANS - Madrid) - Rachel is only one month old. Her mother died during childbirth and her grandmother has nothing but tea with which to nourish her. Cilanda was accused of witchcraft, thrown out of the house and abused. Meanwhile, Odia's mother beat her because she cried too much. They are survival stories, like those of Angel, Dayana, Aime ... Stories of struggle that take place every day in Mbuji Mayi, in the Democratic Republic of the Congo, where the Salesians take care of over 150 children of all age in their reception center.

The Salesians do their best to counter these scourges: the Salesian Mission Office in Madrid, "MISIONES SALESIANAS", alone takes care of 85,800 children in 110 child protection projects active throughout the world. But many other children need protection and support. For this reason, the Mission Office has launched the campaign "Una cucharada de cariño" (A spoon of affection), in order to reach more children in risky situations.

"The defense of their rights, the protection, education and promotion of children is our formula for responding to the vulnerability of children," explains Fr José Antonio San Martín, Director of Misiones Salesianas. Schools, reception centers, vocational training centers, youth centers, kindergartens ... are Salesian instruments to defend the rights of children, who however also need affection so that they can recover their self-esteem and dignity, so that they can laugh, play, dream again ... in short, change their future.

On International Children's Day, celebrated today, November 20, the Salesians want to invite the international community to make the protection and well-being of children a truly genuine priority.