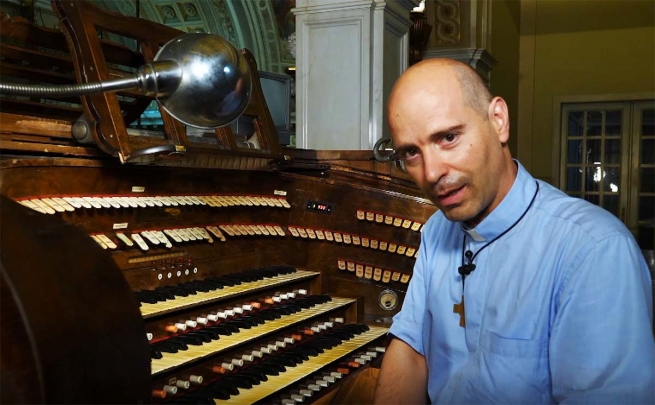 (ANS - Rome) - “Music has always had a fundamental importance, since the founding of the oratories, for Don Bosco. We have photographs in which he is depicted together with the musical band.” The speaker is Fr Maurizio Palazzo, in charge of musical animation of the Basilica of Mary Help of Christians, who in the video "Interviews with the eyes of ...", 80 days from the beginning of the 28th General Chapter, presents the organ in the Basilica.

In the video, Fr Palazzo traces the organ's history and its functions within the Basilica. It was the famous organ builder Giovanni Tamburini who, a few years after Don Bosco's canonization, designed and built the pipe organ with its complex console, featuring circa 90 registers and 5,100 pipes. In fact, the organ of the Basilica of Mary Help of Christians is the largest in all of Piedmont.

The complete video, with the whole explanation about the pipe organ, is available in the six channels - divided by language - on ANSChannel.