Italy – What freedom of educational choice? 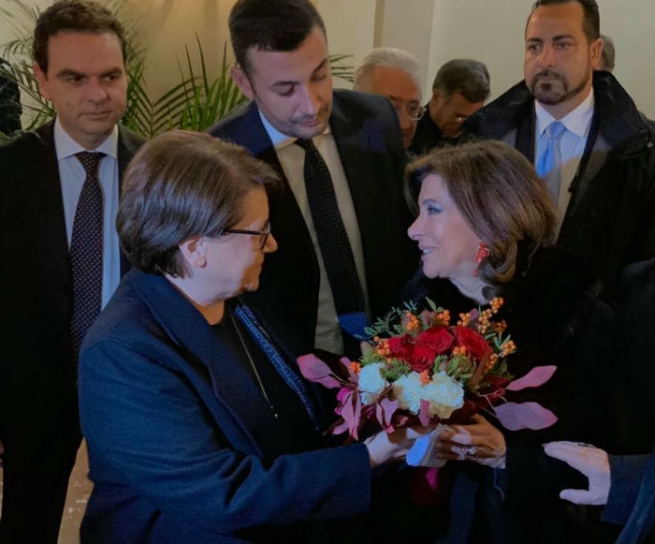 (ANS - Rome) - "Autonomy, equality and freedom of educational choice in Italy and in Europe" was the theme of a conference promoted by the Union of the Superiors Major of Italy (USMI) and by the Italian Conference of Major Superiors (CISM), with the patronage of the Senate and the Italian Episcopal Conference (CEI). A large Salesian delegation was also present at the event.

The conference, held in Rome on November 14th, saw the presence of Fr Roberto Dal Molin, President of CNOS and school contact for the CISM in the National Council of the Catholic School of the CEI; Fr Giuliano Giacomazzi, Provincial of Italy Lombardia-Emilia (ILE) and Provincial delegate for Schools in the Conference of the Salesian P,ovincials of Italy (CISI); the Delegates of the Piedmont schools, prof. Mauro Pace from Piedmont; Fr Lorenzo Teston and Fr Nicola Toffanello from the Triveneto; Fr Francesco Marcoccio, Delegate of the ICC Schools, and Fr Gino Berto, Director of the "Pio XI" institute in Rome.

The conference, as explained by Fr Luigi Gaetani, OCD, President of the CISM, served as "a seminar of synthesis with which to draw the attention of public opinion and the political world to the Italian school system that is 'still unfinished' and to invite them to take the necessary steps 'so that the Italian educational system, as a whole, can better pursue the educational mission that society entrusts to it and the law fully attributes and acknowledges.'"

The topic, which had been discussed a few days before the work of the 59th CISM General Assembly, (Assisi, 3-7 November), had produced a strong reflection on that occasion, stating that “an injustice towards the legitimacy conferred by the Italian Constitution, which establishes an educational pluralism, is being perpetuated. We are discriminated against because we are not (being put) in a position to guarantee adequate formation."

The President of the Senate, Hon. Maria Elisabetta Alberti Casellati, admitted that "Law 62 (known as the law on scholastic equality, Ed.) has done much to give life to constitutional principles, but has not produced the results on any substantial level."

CEI President first underscored that the priority of parents' choices on education to be given to their children is already enshrined in the Universal Declaration of Human Rights (1948), and then he presented a worrying statistic: "In the last ten years, in fact, about 1,000 Catholic schools have disappeared (out of a total of almost 9,000) and more than 160,000 students have been lost." At the same time, he added, "we must not lead to pessimistic considerations. There are also many realities in which schools open to answer to the demand for Christian education that families want for their children."

While Fr Dal Molin reiterated: "In Italy, the school system is egalitarian on paper, but in fact it does not remedy the differences between students linked to the family, social and economic context."

The Salesian presence at the conference represented the 101 schools in Italy and their more than 22,000 students, and the 64 Vocational Training Centers, with their over 26,000 students.