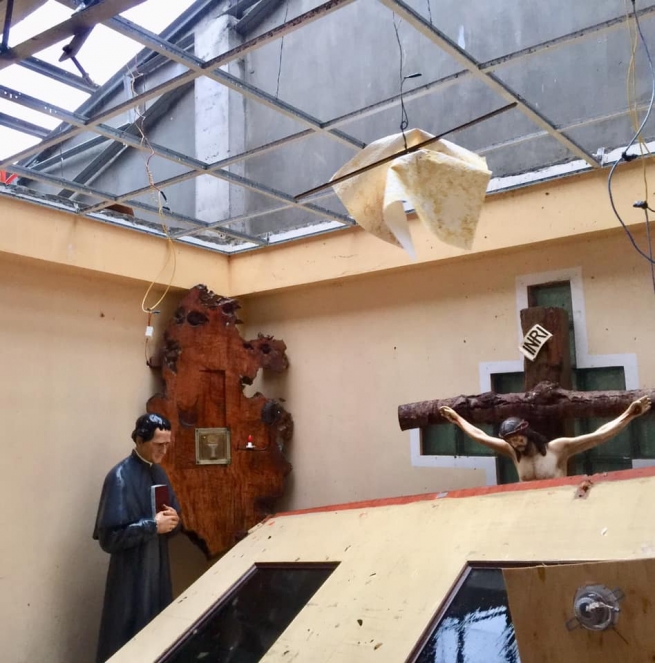 (ANS - Legazpi) - The “Kammuri” super typhoon is sweeping the Filipino archipelago, causing severe damage and four victims, so far, due to violent storm winds and incessant rains that have continued to fall for hours. The Salesian work located in Legazpi has also suffered heavy damage due to the typhoon.

"We really need help," the director of the work, Fr Ronilo Javines, wrote on Facebook.

The Salesian center in Legazpi is a vast and richly structured Agricultural Training Center, designed to offer formation that can be spent in the world of work for the poor of rural areas.

Kammuri is currently transiting south-east of the island of Luzon and will continue to travel towards the northwest, leaving the Philippine archipelago for the Chinese Sea only on Thursday 5 December, when it will be downgraded to a tropical storm.

"We also appeal help in a special way for Families of our Trainees-students whose houses have been heavily damaged by the typhoon as well" Fr Javines concluded.