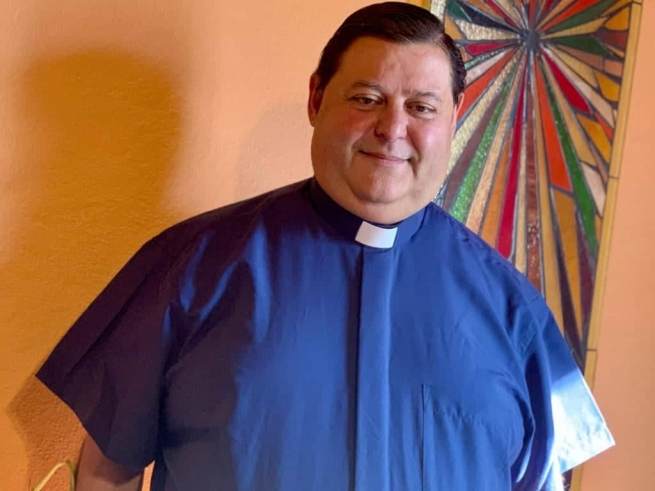 (ANS - Rome) - On the day of the commemoration of Blessed Philip Rinaldi, Fr Ángel Fernández Artime, Rector Major, with the General Council's consensus, appointed Fr Ramón Darío Perera as the new Provincial of South Argentina (ARS), for the period 2020-2026.

Fr Perera was born in the city of Victorica on 7 December 1964. He is the son of Jesús María Perera and María Rita Pereira. He studied at the "San Juan Bosco" Institute in Victorica and participated in the parish's association activities, such as the Argentine Catholic Action in Mallín.

Fr Perera made his Religious Profession as Salesian of Don Bosco in the Basilica "Sagrado Corazón" of La Plata on 31 January 1985. He is professor of Philosophy and Educational Sciences with orientation in Youth Ministry (1987), and has a Baccalaureate in Theology.

On 16 April 1994 he was ordained a priest in the parish of "Nuestra Señora de la Merced" in Victorica. From February 1995 until February 1997, he was in charge of pastoral care and director of the Del Valle agricultural engineering school (province of Buenos Aires). During 1997, he worked as a formator in the post-novitiate and later in Del Valle as director in 1998.

In 2010, with the beginning of the Province of “Blessed Ceferino Namuncurá, South Argentina, he was Provincial Vicar (2010-2012), Provincial Councilor and director of the Salesian agrotechnical school of Del Valle (2013-2018). In 2019, he became the director and pastor of the Salesian community "La Piedad" in the city of Bahía Blanca.

The appointment as new Provincial will take place on 4 February 2020 in the Shrine "Nuestra Señora de las Nieves y Laura Vicuña" of Junín de los Andes, in the presence of Fr Natale Vitali, Councilor for the America South Cone Region.