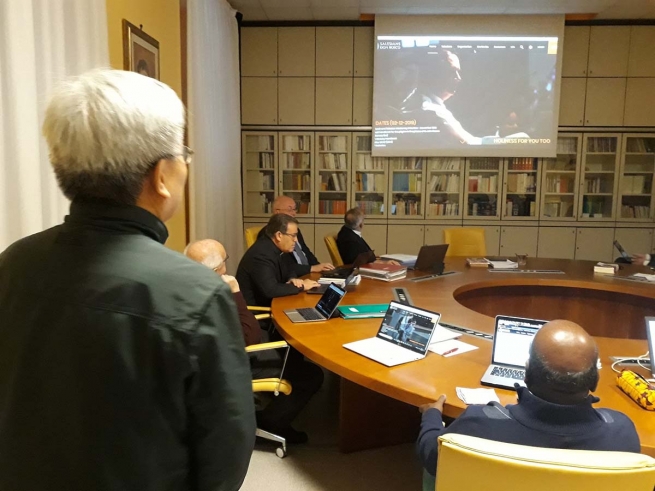 (ANS - Rome) - Starting yesterday, 8 December, the solemnity of the Immaculate Conception of Mary and the anniversary of the birth of the Salesian oratory, the Salesian Congregation has a totally renewed institutional website: the address has remained the same - www.sdb.org - but the inside of this vast "digital oratory" has been deeply rearticulated.

In the long renewal process, which has lasted almost two years, and strongly supported by the General Councilor for Social Communication, Fr Filiberto González, three fundamental principles were followed: first, to recover and reorganize as best as possible the vast contents of the institutional website to allow maximum usability. It is a site that boasts nearly 25 years of history (it started in 1995), which has reached its sixth edition and has about 18,000 pages.

Secondly, it is a site that wants to clearly emphasize the Congregation's global vision: several specific tools, such as the map of Salesian presences or the focus on some peculiar works, serve precisely to transmit and spotlight the dimension and the reach of Salesian works across the globe.

Finally, it was developed with a gaze to the future: the site's development was carried out in the perspective of the continuous and ongoing “Digital Transformation”, thinking, that is, to favor as much as possible, the personalized use of the tools at hand, compatibility of systems, ease of use and sharing.

In addition to these general principles, the site's developers worked on three operational guidelines: use a very modern language as regards graphics and presentation; represent a "digital oratory" open to all Salesians and to those who share the charism; and pursue maximum simplicity and intuitiveness, both graphically and functionally.

"In three to four clicks at most it is possible to arrive at the desired resource," explained Br. Hilario Seo, SDB, the site webmaster.

The work of renewal of the SDB.org site, coordinated by Br. Seo, was created in collaboration with the Spanish web development agency "DOSATIC" and with the Social Communication Delegates of the Salesian Provinces and Vice Provinces throughout the world.

The site is available in six languages and, of course, is still in the phase of growth and implementation and, above all, as regards the enhancement and completion of sections such as the presentation of Salesian houses and centers, their location on the map, the data on the Provinces ... which will require the active collaboration of many Salesians present in the different local realities.

To collaborate, you can send an email to: This email address is being protected from spambots. You need JavaScript enabled to view it.

Almost 25 years after its first launch, SDB.org continues to be a digital oratory open to all.