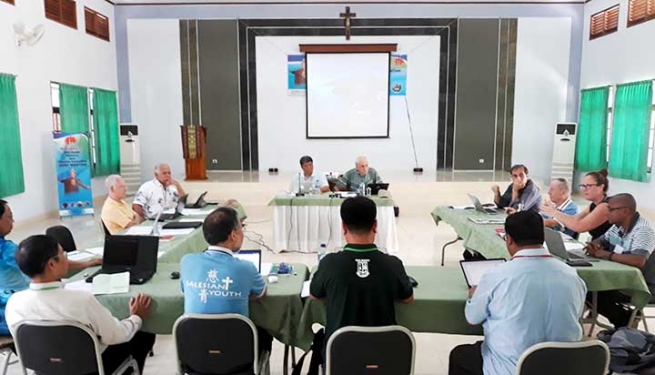 (ANS – Dili) – When you contemplate the whole “missionary culture landscape” in the East Asia-Oceania (EAO) provinces, you may give thanks for the wonderful creativity of different ways of fostering the missionary interest of Salesians, Youth and Lay Mission Partners. Here some clues:

In their reports the Delegates also shared a wide range of challenges that are connected to external influence (e.g. diminishing number of long term missionary volunteers) or to the internal Salesian culture (e.g. lack of synergy with other sectors - mainly Formation, SC or Youth Ministry; multitasking of the Delegate; the lack of an established consistent provincial team for Mission Animation (including SDB, Youth and Lay); exploring the most effective ways of reaching each local community (visit from the Delegate, missionary theme for one monthly recollection every year); some resistance to promoting missionary vocation ad gentes etc.

On the last day of the meeting, the Delegates with their Coordinator will discern the most relevant resolutions for next 12 month of their ministry.