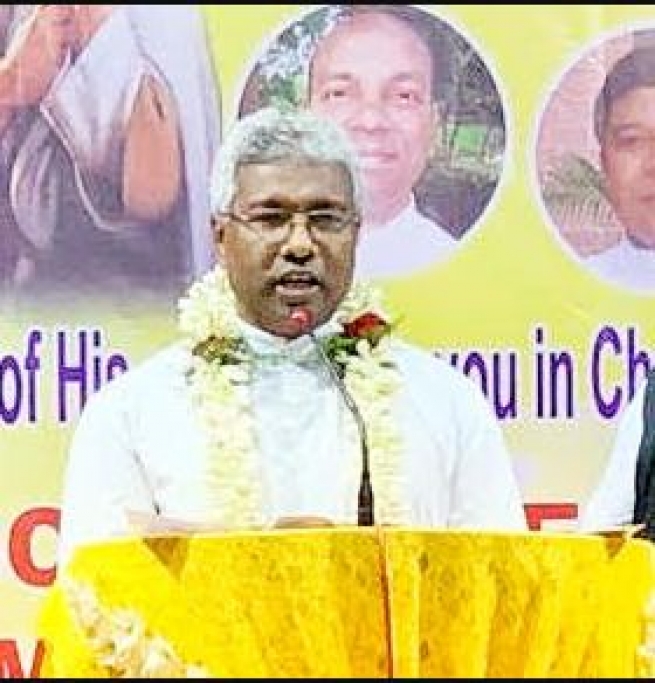 (ANS - Rome) - As part of the work of the winter plenary session of the General Council, the Rector Major, Fr Ángel Fernández Artime, with the agreement of his Council, has appointed Fr Joseph Pauria as the new Provincial of the India-Calcutta Province. Fr Pauria, who until now has been Provincial Vicar, will start in his new role on 31 May, taking over from Fr Nirmol Vincent Gomes.

The India-Calcutta Province was erected in 1926, India's first Salesian Province. Now, for the first time, it will have a Provincial of tribal origin. Fr Pauria, in fact, comes from the Santhal tribe.

Fr Joseph Pauria was born on January 14, 1965, in Azimganj, in the state of West Bengal. His parents were Thomas and Rita Pauria. His father was the first catechist in the parish of Azimganj.

After completing his middle education at the Don Bosco school in Azimganj, Fr Pauria joined the Bandel aspirantate and completed his upper secondary school education. He entered the Siliguri Novitiate in 1984, made his first profession in 1985. After studying Philosophy at the Salesian Institute of Sonada and after his apprenticeship, he then joined the College of the Sacred Heart in Shillong, for his studies in Theology.

He received priestly ordination in 1994 and then received a Master's Degree in Catechetics from the "Kristu Jyoti College" in Bangalore. Subsequently sent to Sonada as a trainer, he served there for several years. He then completed his research doctorate in "Salesian Missionary Spirituality" at the Salesian Pontifical University in Rome in 2009, to then return to Sonada as a formator and professor.

In his new role as Provincial, Fr Joseph Pauria brings all his excellent qualities with him. He has extensive and wide-ranging experience as a formator and teacher and knows the Province very well which, therefore, will surely have much to gain from him over the next six years.