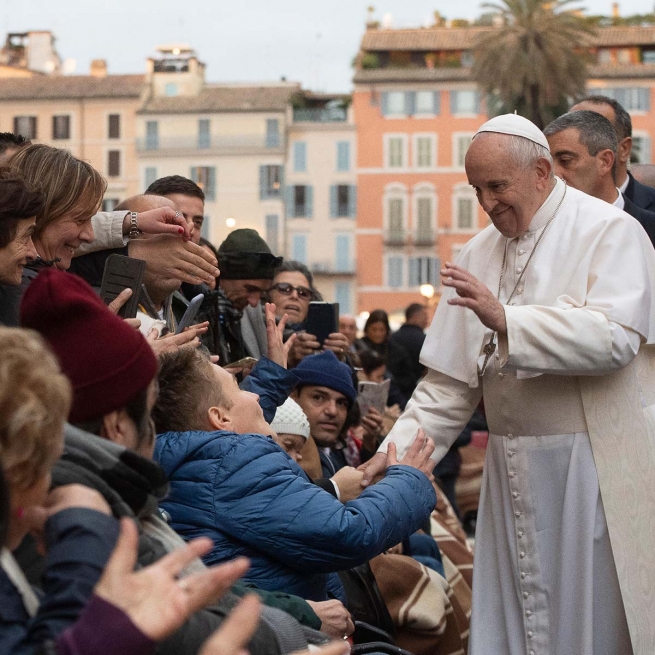 (ANS - Rome) - Historians recall that in 1934 Mario Giuseppe Francesco and Regina María Sívori, daughter of an Argentine and a Piedmontese, met in the Salesian Oratory of San Antonio, in the Argentine neighborhood of Almagro. The two went to Mass and in those environments the love that they professed forever was born. They were married on 12 December 1935; on 17 December 1936 Jorge Mario was born, the first child of four others: Alberto Horacio, Óscar Adrián, Marta Regina and María Elena, the Pope's only surviving sister.

Within the walls of the Bergoglio family's apartment, in the Flores district, in the central area, west of Buenos Aires, the Piedmontese dialect was spoken, which little Jorge Mario assimilated together with the Spanish language. In his childhood memories, he himself mentions his grandmother Rosa Margherita as the person most present in his heart.

A few days ago we celebrated the golden jubilee of Pope Francis' priesthood; today we celebrate the 83rd birthday of the successor of Peter. In these past 7 years, Pope Francis has planted seeds of service and closeness, which have become visible through dialogue, mercy, communion and respect. He has demonstrated closeness to the poor, the abandoned, the excluded, the discarded of this society. And all this is the wealth of experience that he lived in his family.

"When the current successor of Peter reaches the Horizon, he will be eternally remembered for his attention to the excluded of these times, for his Jesuit-Salesian passion to graze his flock and listen to it, for his ability to generate atmospheres of love for others and to ignite young spirits," writes Gabriel Alsó, Salesian Past Pupil.

It is an important month for Pope Francis and today, his 83 years of life do not slow down his race for the announcement of the Gospel. The whole world celebrates him with overwhelming affection. Thousands of e-mails were sent by the faithful to the address made available for the occasion. Many letters from children, too. Millions of people, on the other hand, have chosen social networks to send him their thoughts and best wishes.

On the occasion of the celebrations of his 80th birthday, Pope Francis had said: "The word old age comes to mind; it is scary ... Pray so that my old age be calm, religious, fruitful and even joyful," Pope Francis had asked a group of cardinals.