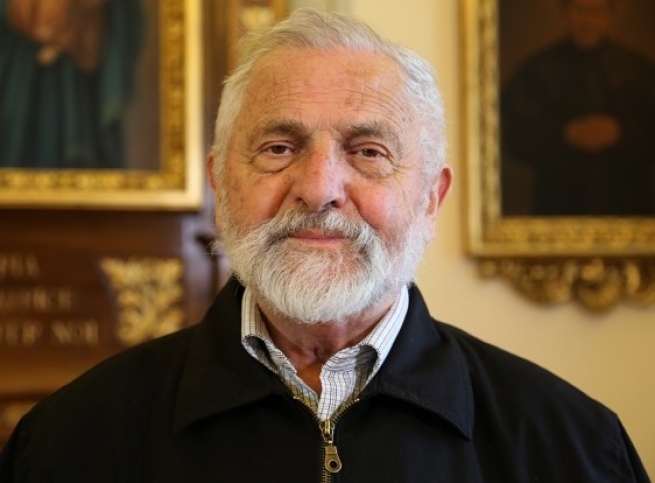 (ANS - Quito) - Father Juan Bottasso, a Salesian missionary in the Amazon and in Sierra de Ecuador, died on Tuesday 24 December in Quito. He was 83 years old.

Fr Bottasso was a great Salesian missionary, one of the pioneers in the defense of Ecuador's indigenous peoples. The "Sacred Heart of Jesus" Salesian Province announced his death around midnight on December 24th through its social networks, stating "that his Resurrection Easter be the announcement of the fruitfulness of new great missionaries for the Church and the Salesian Family."

Giovanni Bottasso was born in Peveragno (Piedmont, Italy) on 27 September 1936. He had studied in the Salesian Institute of Valdocco, the Salesian mother house in Turin, from 1947. In 1952, he entered the Novitiate of Monte Oliveto, in Pinerolo, and continued his studies in Foglizzo, where he attended the lyceum and studied Philosophy. He did his apprenticeship as a teacher in Chieri and Cuneo, between 1957 and 1959.

He asked to leave as a missionary and embarked for Ecuador when he was not yet 25 years old. He studied Theology in Bogotá, but his heart was always with the Salesian missions in Sucúa, where he was sent after his priestly ordination in 1963.

He spent six decades living, knowing and defending the Shuar people, building bridges between the Church and the indigenous people, and opening roads towards a new understanding of the meaning of the evangelizing mission among indigenous peoples, a precursor of an "outgoing Church" with "an indigenous face and heart."

"Juan Bottasso was my great inspirer in the process of missionary renewal and in the study of cultures," commented the Consolata missionary Julio Caldeira, new head of communication of the Pan-Amazonian Church Network (REPAM), who researched the cultural legacy and apostolic life of Father Bottasso in the development of his Master's degree in Communication. "His work with the Shuar, but especially in the foundation of the Salesian Polytechnic University (UPS) of Quito and in the Abya-Yala publishing house, has helped me a lot in understanding the new missionary model," added Caldeira.

As a theologian and anthropologist, Fr Bottasso was a pioneer in the formation of the indigenous movement in the Amazon in 1964, supporting "a missionary presence respectful of cultures and in solidarity with the territorial demands of the natives, the language and intercultural education," say those who knew his ability and intellectual preparation in the management of the Mundo Shuar publishing house, which he created in 1975, which would later give life to what is now the Abya-Yala Cultural Center, the Abya-Yala publishing house and the Abya-Yala Museum.

Undoubtedly, his enlightened dynamism in the publishing and academic world has opened avenues in defense of the country's original cultures.

"His teaching, his dedication and his work for the poor, together with the immense gift of the person that he was, remain with us forever," declared the UPS, of which Father Botasso was vice-rector at Quito from 1995 to 1999