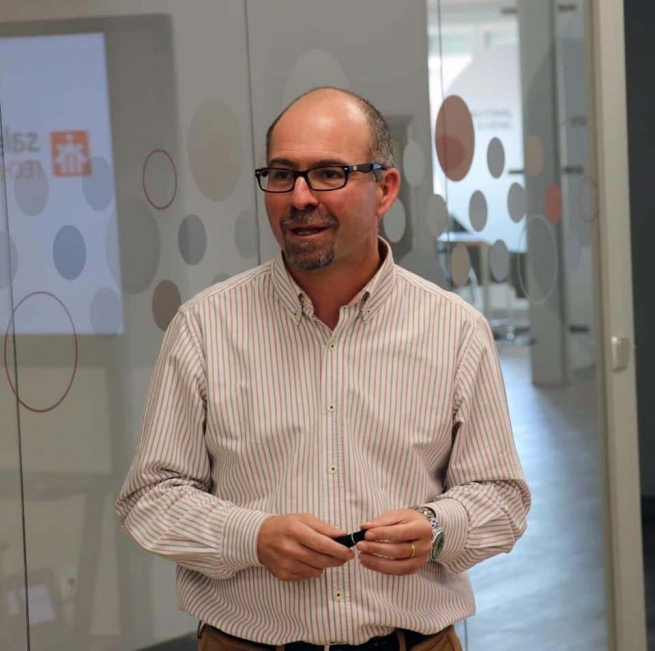 (ANS - Rome) – On Tuesday 14 January, during the General Council's winter plenary session, the Rector Major, Fr Á.F. Artime, with the consent of his Council, appointed Fr Fernando García Sánchez as Provincial of the “Spain - St James Major” for the 2020-2026 term.

Fr Fernando García Sánchez was born in Madrid on September 22, 1974. He received the vocations call while a student of the Salesian Institute of Estrecho and participated in the oratory activities on the weekends. Beginning his novitiate year in 1992, he made his religious profession on August 16, 1993, in Arevalo.

After the years of Theology in Madrid-Carabanchel, he was assigned to Puertollano, carrying out the position of Pastoral Coordinator for two years. In 2003, he went to Rome, to the Salesian Pontifical University, and received his Bachelor's degree in Theology and carried out youth ministry studies. On 19 June 2004, he was ordained a priest at Paseo de Extremadura, Madrid.

His first assignment as a priest was at the house of Soto del Real where he spent 6 years as Pastoral Coordinator, Director of the Youth Center and Sports Coordinator. In the 2010-11 academic year, he was appointed Director of the Aranjuez house. He participated in the 27th General Chapter and was appointed a member of the Provincial Council. At the end of his fifth year in Aranjuez, he was asked to accept the appointment as Director of the Atocha house. After a year of service, he took over the Coordination of the Schools of the Province, a position he still holds.

The Salesian Province "Spain – St James Major", of which Fr Fernando García will be Provincial, is based in Madrid and groups together the Salesian works in Asturias, Cantabria, Castilla La Mancha, Castile and León, Galicia, La Rioja, Madrid, Navarre and Basque Countries.

The SSM Province has 523 Salesians, the largest in terms of number of religious. The Salesians animate 54 communities, manage 36 institutes, 22 Vocational Training Centers, 44 youth centers, 30 parishes and more than 70 social intervention projects in social platforms. The educative-pastoral work is carried out by 6,000 educators and animators who take care of about 64,000 young people in the various Salesian works.

The new Provincial, who succeeds Fr Juan Carlos Pérez Godoy, in office since June 2014, will be installed in May 2020.