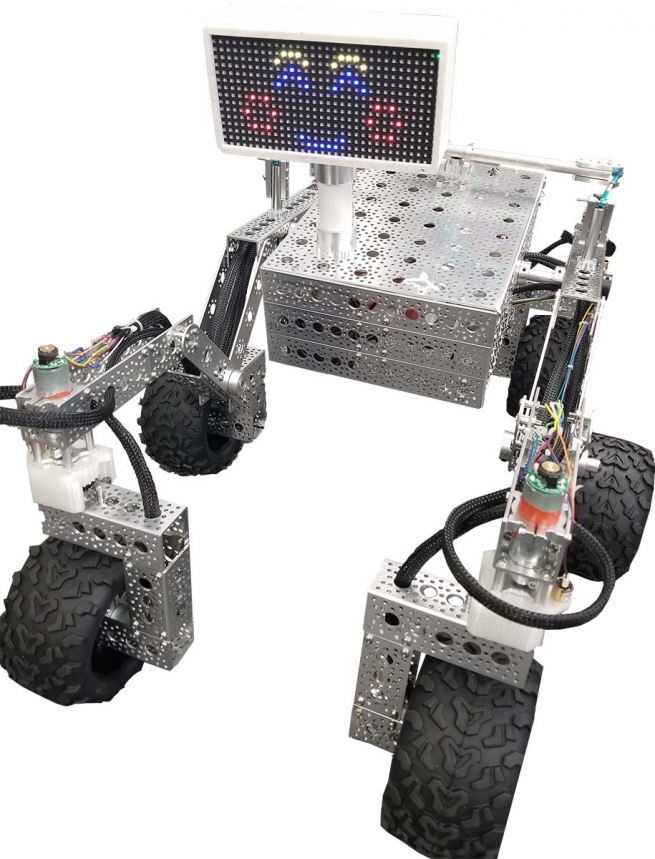 (ANS - Araçatuba) - The "UniSalesian" University Center of Araçatuba, in the Campo Grande Province, will coordinate the project to build a replica of NASA's "Curiosity" Rover, which is on Mars to explore the red planet. The invitation came directly from Dr Jefferson Michaelis, the Director of the Education Center of the Kennedy Space Center International Academy (KSCIA).

Edval Rodrigues de Viveiros, UniSalesiano Engineering professor, says that the interest of Dr. Michaelis was born on the occasion of the "Science Days", a scientific-cultural event held at  UniSalesiano in September 2019, which was also attended by professionals from NASA and other institutions that deal with space education.

"As part of the 'Science Days' we promoted a competition between state schools in which students had to present a solution that involved technology developed by NASA and that could be adapted to applications used on Earth," explained Viveiros, observing that Michaelis had the opportunity to see the enthusiasm of primary and secondary school students with this type of subject at the aforesaid event.

Then, in an e-mail sent by Michaelis to members of the Organizing Committee of the "Science Days" of UniSalesian, professors Edval Rodrigues de Viveiros and Rodrigo Simon, comes the idea of presenting ​​the replicas of "Curiosity" developed by the Brazilian students at the next edition of one of the largest scientific and technological fairs in the country, to take place in the second half of this year, always at UniSalesiano. In addition to de Viveiros and Simon, Professor Fernando Henrique is also a member of the Science Days Commission.

According to de Viveiros, the next step is to invite public schools from Araçatuba and the region to participate in the project, preferably those that develop related lessons throughout the day.

According to the Coordinator of the Electrical, Mechanical and Mechatronics Engineering courses, prof. Nelson Hitoshi Takiy, UniSalesiano's persistent presence in international collaboration projects is due to the support of the Rector of the university, Father Luigi Favero, and of the Vice-Rector, prof. André Ornellas. "In this way, the Engineering courses have been able to seek inclusion in research organizations and the development of scientific projects outside our borders," he emphasized.

And always according to prof. Hitoshi Takiy, this is just one of the significant jobs and tasks that UniSalesiano Engineering courses provide to future academics and engineers.