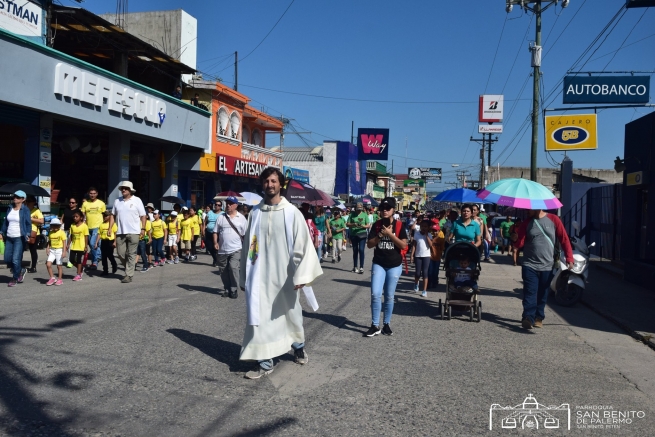 (ANS - San Benito Petén) - Blocked on the traditional border between Guatemala and the Mexican state of Chiapas, on the Suchiate River, the Central American migrants, mostly Hondurans, who are part of the new caravan, are looking for alternative ways to try to enter Mexico and are passing through the Petén department in northern Guatemala with the intent to pass through the Mayan forest and enter the Mexican state of Tabasco.

"It is an extraordinary influx," said the Italian Salesian missionary Fr Giampiero De Nardi to the SIR agency. “Being many, we are offering service at the local migrant's house, in the municipality of Santa Elena. The structure has a capacity of about 50 people and had to cope with the arrival of 300 migrants. We are doing everything possible to guarantee them a bed and hot meals. At a certain moment, the food was finished."

Then, fortunately, "a container arrived from Canada, which was needed for my mission and therefore for other purposes, and we diverted it for this humanitarian emergency," concluded the Salesian missionary.

The Salesian mission of San Benito Petén was started towards the end of 2011 to take care of youth at risk of deviance in the territory of the vicariate of the same name. It is a missionary work that lives every day the preferential option for the poorest and that promotes multiple activities of social promotion, education and evangelization. But sometimes, as in this case, those most at risk become those who out of necessity abandon the little they have to seek a better future for themselves and their families.

Not surprisingly, in recent days Msgr. Jaime Calderón Calderón, Bishop of Tapachula, in the state of Chiapas and close to the border with Guatemala, made an appeal to priests, religious and lay people after hearing the news regarding a new caravan of thousands of Honduran migrants bound for the USA, in which he said: "All those who are part of this diocesan family, each according to his or her possibilities and responsibilities, ensure that these migrant brothers do not lack a piece of bread, are not raped or attacked in passing through our diocese, do not receive manifestations of refusal. God will reward everyone's effort to see them, hear them and treat them like brothers. Just as we would like our irregular compatriots to be treated in the United States."