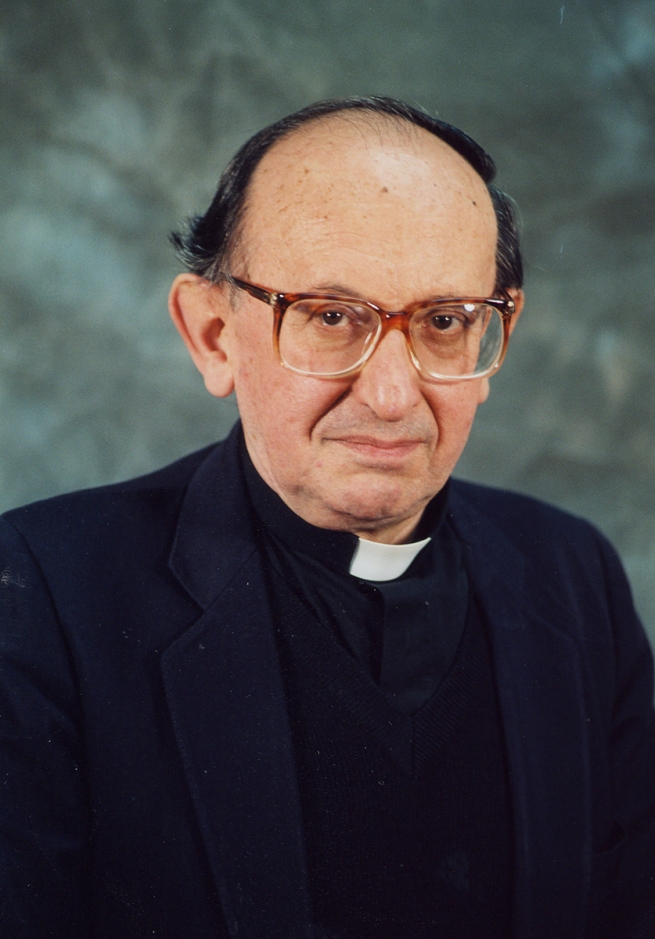 (ANS - Rome) - On the evening of January 24, the Feast of St. Francis de Sales and the day of the monthly commemoration of Mary Help of Christians, God called upon Fr Francesco Maraccani, SDB, former Secretary General and Procurator General of the Congregation. His was a life lived in intelligent and generous dedication at the service of young people, of the Salesians and of the Congregation.

Fr Maraccani was born on 30 October 1936 in Pavone Mella (Brescia, Italy). From an early age, he attended the Salesian oratory in his town; he did the aspirantate in Chiari, the novitiate in Montodine and the post-novitiate in Nave. He made his first profession on August 16, 1954, his perpetual profession on August 14, 1960. In 1963, he graduated in Electronic Engineering from the Polytechnic of Milan. He was ordained a priest on March 18, 1967. In June of the same year, he obtained a license in Theology at the Pontifical Gregorian University.

After the presbyteral ordination, he was Dean of the "Don Bosco" Industrial Technical Institute of Brescia for 12 years, from 1967 to 1979. In 1974, he also became Director of the Salesian community, an office he held until 1979, without neglecting the 25 hours of weekly school and teaching in the evening classes of the Vocational Training Center. To the Provincial who asked him to reduce school hours, he replied that teaching did not weigh upon him and that it was the way to be close to young people. For him they were the best, most beautiful years, his working with young people.

From 1970 to 1979, he was Provincial Councilor in the Lombardo-Emiliana Province. He was Regulator of the provincial Chapters several times. Elected by the capitular assembly, he participated in the 20th Special General Chapter. With regret, but available to obedience, he left teaching when he was appointed Provincial. From 29 June 1979 to 23 October 1984, he held the office of Provincial of the "San Zeno" Province, based in Verona.

In October 1984, the Rector Major, Fr Egidio Viganò, entrusted him with the office of Secretary of the General Council, a position he held continuously for 18 years, until 2002. From July 2002 to November 2015, for 13 years, he held the office of Procurator General of the Congregation to the Holy See and spokesman for the Rector Major.

He participated in eight General Chapters, from 1971 to 2014. In 1990, he was the 23rd General Chapter Regulator. From 2015 until November 2019, despite his advanced age and health problems, he continued to work tirelessly in the Legal Office of the Salesian Congregation. Until the end of his earthly pilgrimage, he led an exemplary religious and priestly life.

Fr Maraccani is a beautiful, transparent, joyful, intelligent figure with many interests - from the liturgy to the history of the Church and the Congregation, to ecclesial events, to science and current affairs. He loved work, the Sacred Heart, Mary Help of Christians and Don Bosco, the saints of the Salesian Family. A Salesian characterized above all by his great love for Don Bosco, the Congregation and the young disappears with him.

The funeral takes place today, Monday 27 January, at the Basilica of the Sacred Heart in Rome.