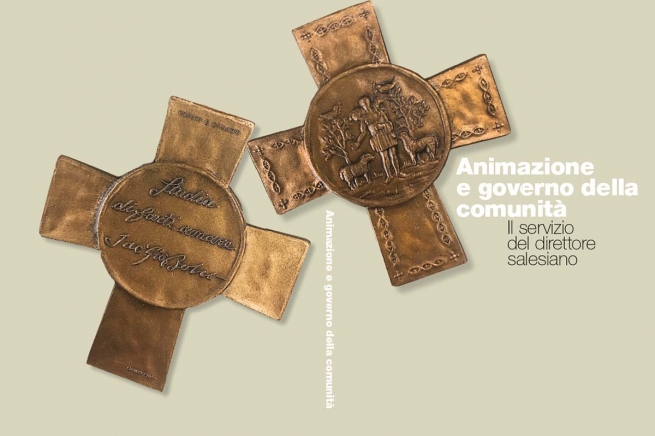 (ANS – Rome) – The long-awaited revised version of the “Salesian Rector’s Manual” will be released during General Chapter 28 (GC28) in a limited edition. The Manual will be made available to the members of the Chapter in various languages, and after the Chapter to the whole Congregation. This will permit the insertion of any major changes that GC28 might promulgate regarding the figure of the Rector, the Salesian community, and most especially the sharing of the mission with lay people.

Given that the Manual is meant not only for the Rector but also for the community, it has a new title: Animating and Governing the Community: The Service of the Salesian Rector. The Rector and the confreres are all involved in the animation and governance of the community. Each and every confrere should have a copy and study it, as the Rector Major has said.

The word ‘community’ in the title is polyvalent: it refers to the religious community, but also to the Educative and Pastoral Community. This is reflected in the structure of the Manual: a first part discusses the Salesian Consecrated Identity, a second part is dedicated to the religious community, and a third part to the sharing of the mission with many lay people and members of the Salesian Family.

The shared mission does not involve a dilution of identities, so the first part ties in very well with the third, while the second part is perhaps the one that most draws from the 1986 version of the Manual. In the spirit of Vatican II, and following the invitation of New Wine in New Wineskins, there is a keen awareness that authority today must take into account the dynamic of fraternity. Community discernment – very well exemplified in the movie “Of gods and men” (2010), dealing with Christian de Chergé and the monks of Thiberrine – is something that the Rector and the Salesian community must take to heart.

The revision of the Rector’s Manual – which must now perhaps be referred to as the “Manual of the Community” – was a request of the previous General Chapter, GC27. Given that the previous text had been composed in 1986, the new text had to take into account several General Chapters, the magisterium of at least three popes and several Rector Majors, many important documents of the Church and of the Congregation, and the digital revolution.

The process of revision involved a questionnaire for Rectors, Provincials and their Councils, two international seminars, a first draft of the text by a smaller editing group, and several phases of work and redrafting of the text with the direct involvement of the members of the General Council, until the final approved version by the Rector Major and his Council on 21 April 2019.