Peru – "The oratory has marked my hopes and dreams": Martín Martínez 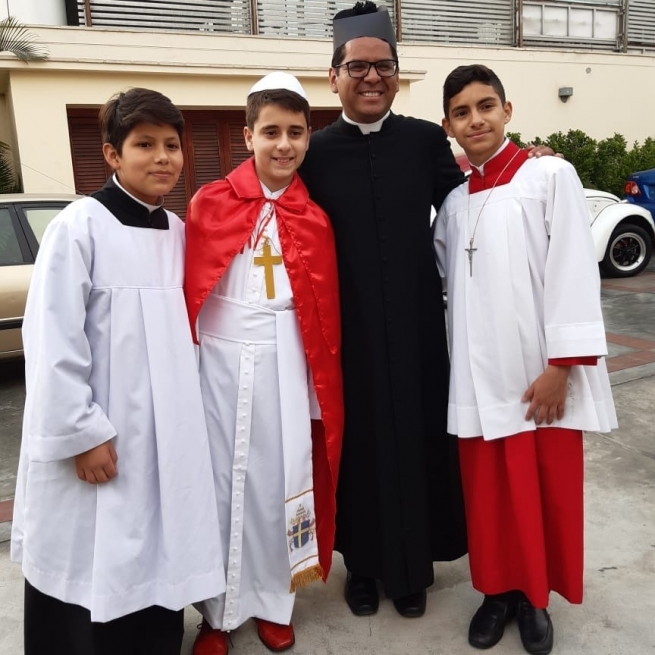 (ANS - Lima) - The first Salesian festive oratory in Peru was inaugurated in the populous San Lazaro district of Lima, today called Rímac, in 1891, the same year in which the Salesians arrived in the country. Thousands of young people passed through that oratory. Hundreds of Salesians came from many parts of the world and testified to the presence of the first Peruvian Salesian, the venerable Msgr. Ortiz Arrieta, today in the process of beatification and canonization. After more than a century, Martín Martinez has passed through these courtyards and will soon be ordained a diocesan priest, but confesses that his Salesian heart is always present in his formation.

Deacon Martínez is convinced that joy is the way to holiness and over time he has shown that smiling and listening can transform the life of a young person.

He arrived at the Salesian oratory of Rímac at the age of 15. It was a neighborhood friend who had invited him to be part of the "useful holidays" offered by the oratory in January and February, not knowing that this would be the first step in a great adventure.

Over time, and getting to know the Salesian charism better, he also began to attend the oratory in the afternoon, together with other young people. Singing, theater and music were his favorite pastimes.

"I was part of the oratory choir and I was part of the Sabor Oratoriano orchestra formed by Father Lalo. Music and singing taught me a way of life of the Church that I did not know and I found in joy a path of holiness, as Don Bosco proposed," comments Martín.

Over the years, he has found at the Salesians a place to feel loved and where he has come to understand that only humane work can change lives. The flame of vocation was beginning to burn in his heart.

"I asked myself why not be a priest, while I saw many people in more difficulty than me, younger people who needed God. At the oratory I learned that it is worth giving young people a chance," says Martín with a smile. "Society can say that young people are lost, but if you know their heart, you realize that they can become good people."

"I'm very happy to know that the Lord has called me and I have tried to answer in the best way," he says. "I love the Salesian oratory of Rímac because it is the place that has marked my hopes and dreams."

"I'm sure," he says, "that it is possible to reach Heaven through a good and healthy joy; the Salesians have taught it to me."