Bolivia – Kami, a mission in the clouds 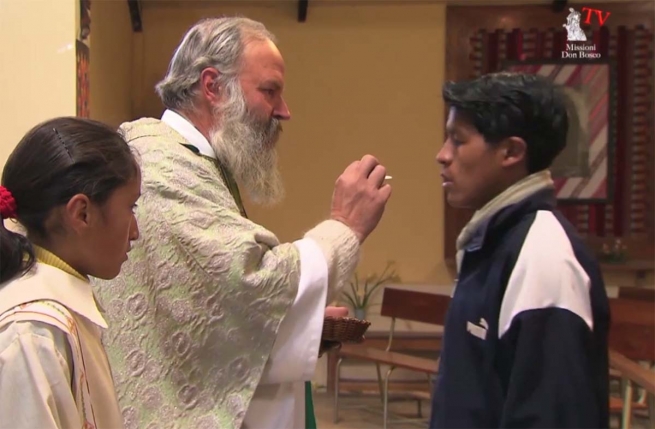 (ANS - Kami) - Kami is a small village located 4,000 meters above sea level in the Bolivian Andes. For many years, Fr Serafino Chiesa has been the soul of this mission. Every day, together with his confreres, he faces the difficulties related to the impervious nature, isolation and the scarce opportunities that the context offers to the population.

For some time the village's economy has been able to count on a single source of income, the mines from which minerals are extracted, such as wolfram, which become part of the components of many technological devices that we use daily, including televisions and mobile phones.

To look for other job opportunities and to make the village more autonomous, Fr Chiesa decided to put an old hydroelectric plant that had been abandoned by the State back into operation. Today, this dream has come true and the plant employs several people. And since dreams have no limits, the plant has grown and today it is a work of excellence that supplies energy to the mission, to the village and that allows them to sell the surplus production to the Bolivian state itself.

The last part of the hydroelectric network is now nearing completion, thanks to the tenacity of this Salesian who has spent his life for these people, gaining the many skills necessary to bring such an incredible project to the finish line that only a person with exceptional willpower could conceive.

The difficulties, in fact, continue to be many. In a recent letter, Fr Chiesa explained how the construction of a tunnel proceeds on side "against the water that floods us and that we have to pump out with difficulty", and on the other, it proceeds "uphill at about 50 degrees slope ... with the constant risk of falling rocks."

In the meantime, however, an encampment has been set up with a kitchen, bathrooms and dormitories for the workers. Work is also being done on the maintenance of the machines and trucks, given that some vehicles - such as a bulldozer with 25 years of service already on record - always have new troubles.

Fr Chiesa concludes by saying: “In short, we are late, but we are alive and stubbornly convinced of moving forward. The conclusion of the gallery is expected shortly and if we do it we will give the go-ahead for the final design of the forced conduct, which is a new goal to reach ... Pray for us so that the Master of the harvest sends us many collaborators who will help to overcome difficulties.”