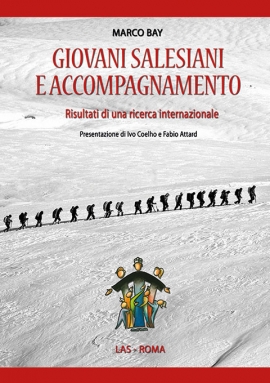 (ANS – Rome) – Young Salesians and Accompaniment: Orientations and Guidelines will be released during General Chapter 28 (GC28).

Fruit of a long process of collaboration between the Formation and Youth Ministry Departments, the Orientations and Guidelines were approved by the Rector Major and his council in June 2019. The process involved two international seminars, a survey involving young people and Salesians in initial formation as well as their spiritual guides, the publication of the findings (M. Bay, Young Salesians and Accompaniment: Results of an international survey), a first draft of the Orientations and Guidelines by a small team along with the Formation Department, and the study and contributions of the Rector Major and the members of the Council resulting eventually in the approval of the text.

The structure of the text is dictated by the process of discernment. A first part, Recognizing, presents the study of Salesian personal accompaniment and topics emerging from the study. A second part, Interpreting, reflects on the emerging topics in the light of the Salesian tradition. A third part, Choosing, presents strategies for improving personal accompaniment in the processes of formation.

The study brought to light the close link between Youth Ministry and initial Formation. If the Salesian Youth Ministry involves personal accompaniment and vocational discernment, Salesian vocations emerging from these processes will be much better prepared for their formation journey.

Another insistent note was the request coming from those in formation for genuine freedom of choice of a spiritual guide. The Orientations and Guidelines meet this request by insisting on the Preventive System as the model of formation, and by changing certain parts of the Ratio that spoke of the Rector of the formation community as the spiritual director proposed to, though not imposed on, confreres in formation. Especially when formation tends to remain at the level of external conformity, rather than going down to the level of motivations, attitudes and convictions, and when there is fear rather than mutual trust and confidence, there is the risk of reducing personal spiritual accompaniment to “one of the obligations to be met” if one is to “get through” and “survive.” By inviting formators to gain the confidence of those entrusted to them, the Orientations and Guidelines are, in fact, going back to the heart of the Preventive System expressed so marvellously by Don Bosco in his 1884 Letter from Rome.

An important strategy is the preparation of formators and spiritual guides. Over the years, the Congregation all over the world has learned to prepare professors for its formation houses. The challenge before it now is to make equally systematic the specific preparation of formation guides for the service of formation. One of the concrete results is the three-module School of Salesian Spiritual Accompaniment, the first module of which will be offered in English in September 2020 and in Italian in April-May 2021.