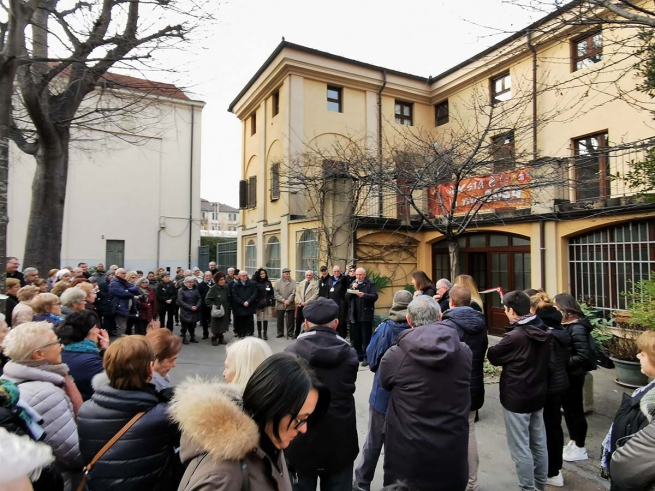 (ANS - Turin) - The offer of the "This is my home" program of the Salesians of Turin doubles: the inauguration of the new temporary residential shelter for young adults and of the new Caritas premises took place last Saturday, 1st February, at the Salesian oratory "San Paolo".

The project was carried out by the Salesians of the work with the contribution offered by a benefactor and has the aim of offering a solution to those young university students or workers, Italian and foreign neo-adults, who need, in their path of independence, a temporary residence with the formula of social housing.

The inaugurated spaces, which benefited from the renovation, include the Caritas premises located inside the building and an adjoining apartment that will accommodate up to 7 young people.

The new structure adds to the housing community opened at the same building in October 2016 in which 12 unaccompanied foreign minors entrusted to the Salesians by the Office for Foreign Minors of the Municipality of Turin were welcomed.

The new house is part of the welcoming path of the parish and the oratory of San Paolo, which contribute with many volunteers to the practical and educational management of the two communities for the most fragile young people, and of the Caritas listening center, a true "lifesaver" for the growing needs of the families in the neighborhood.

“We consider it important to place small signs, which however speak. Such is this new residence for young people facing adult life, where it is intended to put the sign of sharing between different nationalities," said the director of the work, Fr Alberto Lagostina.

The inauguration of the new house saw the participation of over 100 people. After Fr Lagostina's greeting, Councilor Sonia Schellino, Deputy Mayor of the city, congratulated the Salesians for the project, which constitutes a valid contribution to the community and concrete help to the most fragile categories.

The President of District 3 of the Municipality of Turin, Francesca Troise, spoke, saying she was  greatly satisfied with the collaboration that has existed for years with the Salesian reality of San Paolo.

Finally, the Provincial of the Piedmont and Valle d'Aosta Special Circumscription, Fr Enrico Stasi, intervened and wished to underline the beauty of this new experience, stating that it represents a new perspective for all the Salesians in Piedmont who want to support those young people oriented towards experiences of cohabitation, service and shared growth.

The inauguration then ended with the traditional ribbon-cutting, the visit to the premises and a convivial moment.