South Sudan – Robert Ocan, the hero who saved over 7,000 people from death 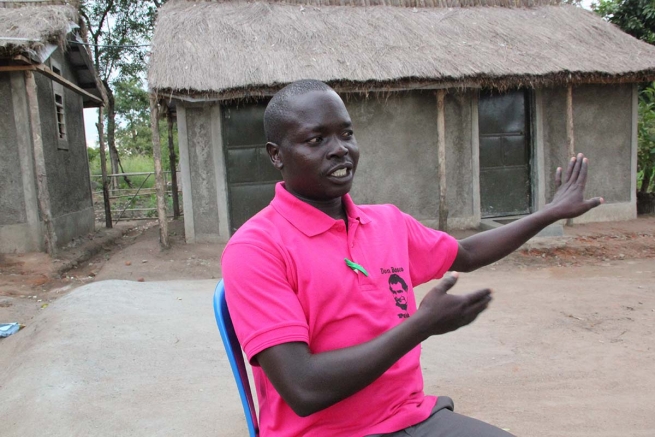 (ANS - Pajok) - Robert Ocan is 33 years old. He studied Computer Science in South Sudan and was a professor of Chemistry and Mathematics in his city, Pajok, 15 kilometers from the border with Uganda, when the war reached the almost 50,000 people living there. In April 2017, it was the second time he had to flee for the same reason, but this time he didn't do so alone.

Married and with two young children, as soon as Robert heard the rebel gunfire in the city center, he organized not only his and his family's escape, but also the escape of almost 7,000 other people. Thanks to his mobile phone, he warned the school teachers to bring the children into the bush. "They ran, escaped with what they were wearing and had no water or food with them," recalls Robert.

He had already had to flee on another occasion with his parents during the war of independence in Sudan. But this time, on arrival on Ugandan soil, everything was easier because Uganda is a country welcoming refugees. "UNHCR buses took us to Palabek, the last refugee settlement that was opened in northern Uganda."

Since then, the people who fled with him, and others who came later - more than 53,000 in total today - all live together in the Palabek camp. "Robert is the mediator of any conflict among the refugees, but also the highest authority of the refugees before those who manage the settlement. He has continuous meetings with UN authorities and the Prime Minister's office and regularly visits every part of the camp to check that everything is in order," explains Mariatzu, a refugee who arrived with him from Pajok.

Robert is just one of many refugees and he receives no salary for his work, but does so voluntarily; he is also involved in all the educational projects that the Salesians have undertaken in Palabek.

The young man says he is optimistic: "I have a hope of peace because Don Bosco is contributing to creating a new generation of young people: the generation that brings peace. Don Bosco offers formation, a great humanitarian and pastoral service and, above all, gives us hope for the future and trust in our capacities."

His dream, as with all refugees, is to return to South Sudan, but acknowledges that "it will take a few years. It is not enough for peace agreements to be signed. Clashes must end, free elections must be held, whoever wins must be recognized as the winner, a government must be formed and we all must start working together for peace. To do all this, at least five years must pass."