RMG – GC28: all the info to experience the Chapter from afar 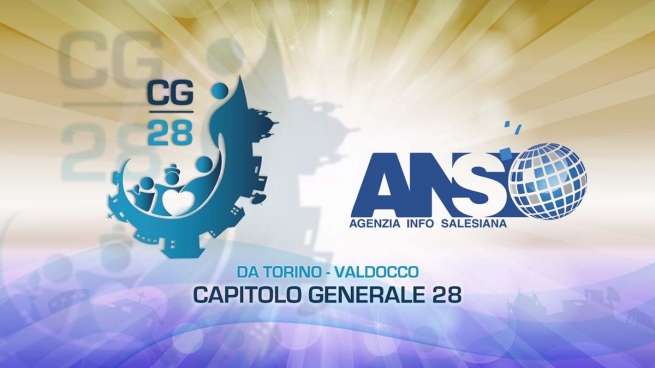 (ANS - Rome) – Still five days to the start of the 28th General Chapter (GC28) of the Salesian Congregation: the main sign of the unity of the Congregation in its multiple diversity, the fraternal meeting in which Salesians carry out community reflection, the body that holds the supreme authority in the Society. From next Sunday, 16 February, until Saturday April 4, over 240 Capitulars will be busy at the Mother House of the Congregation in Turin-Valdocco to answer the Chapter's guiding question: "Which Salesians for today's young people?"

Given the importance of this event, a great effort shall be made to achieve far-reaching and effective communication.

The activities begin next Sunday, February 16, with the Eucharist celebrated at 18:30 (UTC +1) in the Basilica of Mary Help of Christians in Turin, and will be broadcast live on the ANS Facebook page and on the website sdb.org.

In the first week, the Chapter's work will focus mainly on listening to and reflecting on the reports of the Rector Major and his Council on the state of the Congregation, as well as creating an atmosphere of discernment.

On the morning of Saturday 22nd, the official opening ceremony of the GC28 is scheduled, which will also be broadcast live.

In the following weeks, all those who cannot physically be present in Valdocco will be able to receive constant updates thanks to the vast communication apparatus set up by the Social Communication Department.

Thanks to the work of the GC28 Secretariat, the Communication Secretariat and ANS, which will support them from Turin, the information will be published and broadcast on various channels:

Through this articulated system, and other initiatives that will be activated when work is in progress, the Congregation intends not only to inform Salesians and collaborators in the mission on the progress of the GC28, but also to encourage dialogue in the Provinces and communities and to arouse a shared reflection at the global level.