Italy – Feeding the needy, involving young people: a canteen for the poor at "Tempio Don Bosco" 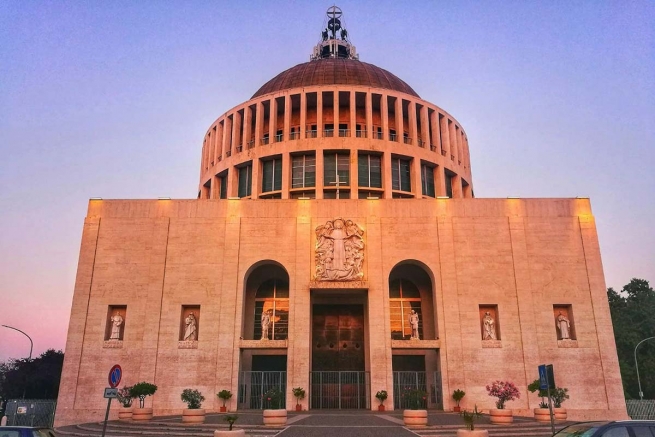 (ANS - Rome) - A new Caritas canteen for the poor was inaugurated on Sunday, 2 February, in the "San Giovanni Bosco" parish in the Tuscolano district of Rome. There are already 200 volunteers who have guaranteed their availability to guarantee the service, which will include, in addition to providing meals, medical and nursing consultancy, the possibility of offering showers, distribution of clothing and a dedicated listening center.

Inaugurating the canteen on Sunday was Cardinal Angelo De Donatis, Vicar of the Holy Father for the diocese of Rome.

“At the prefecture level, we work very well, especially as regards charity. There is a lot of attention and sensitivity towards those who need help," said Fr Roberto Colameo, who started as parish priest at the "Tempio Don Bosco" just five months ago.

Educational charity for young people and charity for the neighborhood's poor and needy are the two pillars on which parish ministry is based and which merge into a single charism with the start of the new canteen.

"We have made new spaces for our work available to the XX Prefecture, right at the entrance to the oratory," adds Fr Roberto. "We also want to involve young people in service to others, to invite them to engage in what will not be a simple canteen, but a personal service desk open four days a week."

The inauguration of the structure took place as part of the events calendar for the feast day of Don Bosco and for the 60th anniversary of the basilica's construction. The church is the largest parish in Rome for number of inhabitants. "Officially there are 45,000, but at least 10,000 unregistered people live in the neighborhood," explains the parish priest. "The population has gradually aged and we are therefore witnessing a generational change with a good presence of young people."

Another "record" of the church is the imposing dome, which in size is only slightly smaller than the Pantheon's and St Peter's. "In sixty years, we've received the visit of four saints," adds Fr Roberto, namely John XXIII, Paul VI, John Paul II, and Mother Teresa of Calcutta.

The heart of the Salesian parish could not but be the oratory, where all the Youth Ministry is carried out. "For us, it is the sign of a home that welcomes, a parish that evangelizes, a courtyard wherein to meet, a school that starts one to life," concluded Fr Colameo.