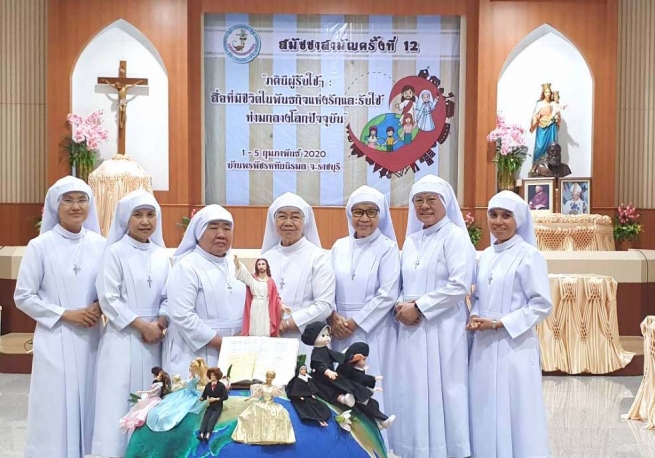 The Chapter Assembly held the vote, confirming the General Superior of the Congregation, namely Sr. Maria Gorretti Maliwan Porramatwirote, elected for the second time, who will serve from 2020 to 2025.

The Assembly also chose the Council Members of the General Superior:

She has got a Bachelor's Degree in Education; Salesian Spirituality at the Salesian Pontifical University, Rome.

Among her previous responsibilities, she was General Superior from 2015 to 2020, and has twice been Vicar.

“I am grateful to all the Sisters for your trust. Alone I cannot do much. But I am ready to be an instrument of God in accepting His divine plan,” said the Mother General upon accepting the election results.

Then she added: “I believe in the guidance of God and the collaboration of the Councilors and the Sisters, especially in fulfilment of our mission according to the theme of the 12th General Chapter.”