China – Recent Situation of Covid-19 in the “Greater China” 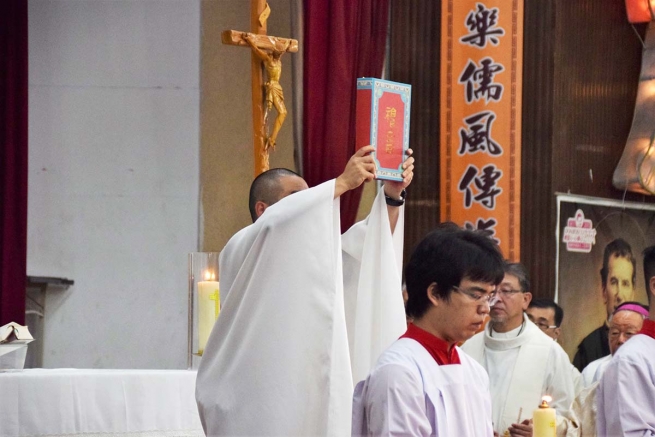 (ANS – Hong Kong) – As Cardinal Charles Maung Bo SDB, President of the Federation of Asian Bishops' Conferences, appealed for prayers to our Blessed Mother for all coronavirus victims, in particular the greatest number of infections and victims in China, let us present the most recent situation of the “Greater China” which normally encompasses mainland China, Hong Kong, Macau, and Taiwan.

The disease was first reported in late December 2019 when the medical staff in Wuhan, the capital of Central China’s Hubei Province, noticed unusual symptoms of viral pneumonia. But unfortunately not until 20 January did China finally confirm that human-to-human transmission was indeed taking place. And the drastic measure of closing down the city was imposed on 23 January. But it was too late, and the epidemic was quickly spread in the province and other parts in China.

The first confirmed case in Hong Kong was reported on 23 January. It was a 39-year-old man who lived in Wuhan and took the high-speed train to return to Hong Kong for the Chinese New Year family reunion.

As the situation of the coronavirus outbreak in Hong Kong and Macau is getting more and more critical, both Dioceses have taken some urgent pastoral measures since the beginning of February: so that gatherings involving a large number of people may be minimized, the faithful may adopt either watching the Sunday Mass Webcast and receive Holy Communion spiritually; or meditating on the Sunday liturgical text, reading the Bible or saying the Rosary, as alternatives to attending Sunday Mass.

The churches in Macau are closed until 19 Feb while in Hong Kong Sunday and weekday Masses in churches and chapels remain unchanged. However, members of the faithful who continue to attend Sunday or weekday Masses should put on face-masks. Singing is suspended (except for the “Alleluia” and “the Mystery of Faith”). This past Sunday, at Saint Anthony Parish, one of the two Salesian parishes in Hong Kong, there were about 60% of the usual attendants of Sunday Mass coming for the Holy Mass.

[Note of the Editor: In the fight against the spread of the coronavirus, the diocese in Hong Kong has decided to suspend all public Masses for two weeks, starting from today, February 13. "The next two weeks will be a crucial time to suppress the epidemic. The dioccese has decided to suspend all public Masses, on Sundays and weekdays for two weeks, including the liturgy of Ash Wednesday, from February 15 to 28. Some Church members may be disappointed. However, I hope that everyone can understand this is not an easy decision", wrote Cardinal John Tong, Apostolic Administrator of Hong Kong, in a message].

As the Covid-19 (Corona virus disease-2019) is still in progress, let us continue to pray in accordance with the appeal made to us by Cardinal Charles Maung Bo, SDB.