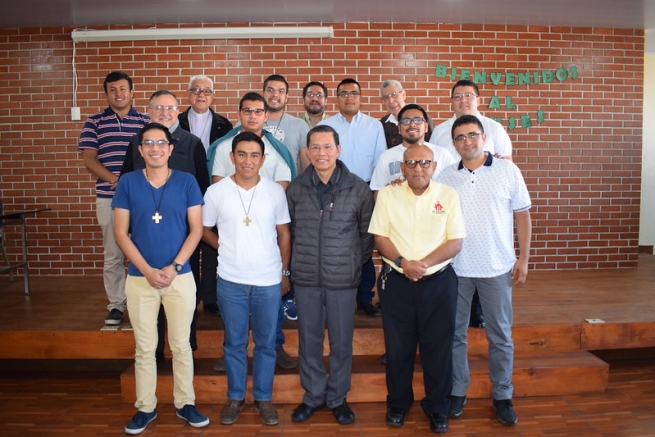 (ANS - Guatemala City) - "I dreamed that I accompanied the Salesian missionaries on their trip to South America and that they asked me to give them some advice. And I dreamed that I said to them: - 'You will do very well, do much good ... Have a great desire to save souls, a lot of pity and a lot of enthusiasm to promote the glory of God and the spiritual good of others." It is nice to remember the words of Don Bosco to a group of Salesian missionaries on January 31, 1885. This desire of the Saint is still very valid and current for the Salesians. And who directly carries out this mission at the Congregation level? The General Councilor for Missions with a team of Salesians and lay people.

In recent months, several members of the team of the Missions Department have received other assignments, such as Fr Giovanni Rolandi, appointed Director of Colle Don Bosco, in Castelnuovo Don Bosco; and Fr Martín Lasarte, appointed Provincial of the Vice Province of Angola. It has also been just a few months since the Rector Major confirmed the obedience of Fr Giuseppe Nguyen Thinh Phuoc as a member of the Missions Department.

This Dicastery has numerous responsibilities, but the fundamental one is the Missionary Animation of all Salesian works. This is achieved by offering a monthly message through the digital magazine Cagliero 11, the preparation of the "Salesian Mission Day", the preparation of the missionaries who are sent every year, the missionary refresher courses, the accompaniment of the projects financed by the solidarity fund of the Rector Major, the accompaniment of the Salesian Mission Offices, the search for new frontiers of missionary work, and more.

Fr Nguyen was invited by the Rector Major to work in the Mission Department and his first mission was to accompany the members of the 150th Salesian Missionary Expedition, currently visiting Brazil, Guatemala and Ecuador. His work will focus on the accompaniment of new missionaries, the accompaniment of the missionary course at the Salesian Pontifical University and the Missionary Animation in America and Africa.

Fr Nguyen Thinh Phuoc, born on November 2, 1955, is originally from Quang Ngai, Vietnam. For his home Province, he was Councilor and Delegate for Formation.

In his recent stay in Guatemala, earlier this month, he talked about his work in Vietnam and the challenges presented by working with young people in a communist country. "The work of the Salesians was characterized by the technical-professional proposal, which was well seen by the government," he underscored. "We are all called to be missionaries; it is a fundamental dimension of the Salesian vocation."