Bolivia – At the heart of the Salesian missionary commitment, a child's appeal: "That I lack everything, but not you" 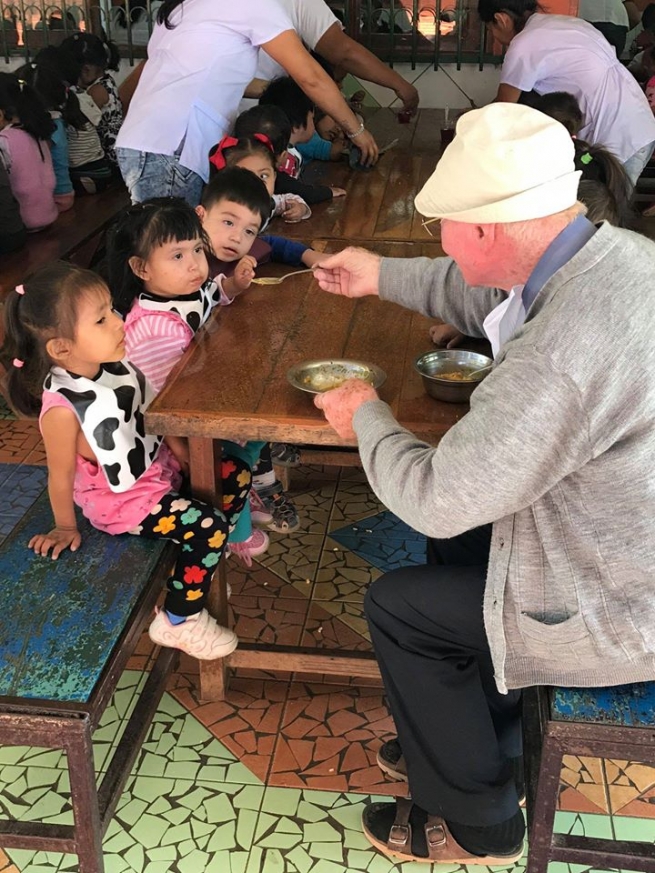 (ANS - Santa Cruz) - "It is with some amazement that, in recent years, I've been able to gather undoubted and moving evidence of how Christianity has entered the life of many people in this land ... And what an emotion it is to feel part of this mysterious path of the Church that does not renounce the demanding dream of extending the Kingdom of God to every corner of the earth." The words of Fr Vicente (Vincenzo) Brunelli, a Salesian, 33 years a missionary in Bolivia, make it possible to better understand how profoundly the work that the Salesians do in the countries in which they operate is rooted in the territory.

Bolivia is one of the countries of Latin America where the presence of the Salesians is strongest, in a continent that in Don Bosco's dreams was the first outpost.

The Salesian work in the country is widespread, numerous and multifaceted. Just to give a few examples, in the country's eastern region, several works can be listed: in Montero, a town 40 kilometers from the capital, Santa Cruz, there is the large agricultural school "La Muyurina" and the parish "La Floresta." In the localities of San Carlos and in Sagrado Corazón, the Salesians pastorally animate an enormous territory with dozens of communities scattered throughout the vast agricultural area of ​​that territory. In Yapacani, there is a boarding school run by five Colombian volunteers, founded by a Colombian priest who was inspired by Don Bosco.

And certainly we cannot neglect to mention "Hogar Don Bosco" of Santa Cruz, founded and still directed by Fr Ottavio Sabbadin, SDB, which constitutes a real citadel of and for poor youth, with a plurality of services for orphans, street children, the handicapped.

Despite all the work that needs to be done and the many problems that the country is experiencing, the commitment of missionaries in Bolivia never fails. Fr Brunelli continues: "It has been a difficult 33 years, in which there have also been sorrows and failures. Every now and then, I get discouraged. But then I recover, holding my precious medal of merit: a piece of paper with the writing of a child: Qué me falte todo, menos tú ('that I lack everything, but not you') ... And I listen again to the usual refrain of the my good guardian angel: '... Never renounce, give up on your dream of giving a smile and hope to so many unfortunate children, everywhere, from one continent to the other'."