Venezuela – “Some think it's not worth spending on children. I think it's a good investment for the future”: Fr Rino Bergamin, SDB 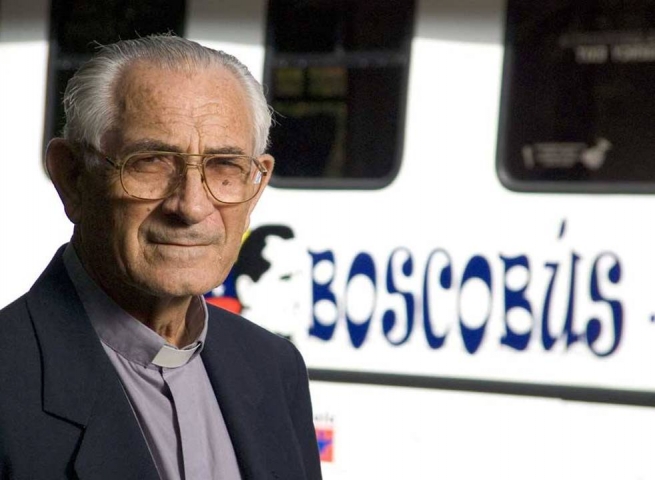 (ANS - Caracas) - In recent years, Venezuela has been experiencing truly sad conditions. Who would have imagined hearing sad and dramatic stories of hungry or sick people dying from lack of medicine? A few years ago it was said of Venezuela: "the millionaire nation of America", or "Saudi Venezuela." Today, the images tell us of a country in a deep crisis, shaken by poverty and hyperinflation. In the midst of this chaos, men emerge who do not speak much, but do a lot for the poor, children and young people. This is the case of Fr Rino Bergamin, founder of the "Don Bosco House" in Sarría, in Caracas.

Through the reception centers and shelters, Fr Bergamin helped over five thousand children and elderly people living in the streets, at risk, abandoned or mistreated by their families. In 2016, he said: "We don't want money. We only ask the government to give us the opportunity to buy food for sick children and adults."

Fr Bergamin was born in Campigo, a burgh of Castelfranco Veneto (Treviso, Italy), on March 13, 1932. On August 1, 1945, at the age of 13, he entered the Salesian house in Castelnuovo Don Bosco. At 16, he expressed his desire to go to the missions ad gentes and on 22 November, 1952, he left for Venezuela. He became Venezuelan in his heart and also obtained citizenship.

His work in the "Red de Casas Don Bosco" was his passion. "I didn't work alone," he explained in an interview. "Many are the people who have dedicated their lives and who have contributed to giving an effective response to the basic needs of children living in particularly difficult situations. Some people are suspicious of this job; others think it's not worth spending money, time or effort on children. Personally, I think it's a good investment for the future."

Fr Bergamin was called the "Don Bosco of the 90s". About him, they wrote: “This humble person is facing, as the bravest of men, some of the most serious problems of our city, such as drug addiction and child prostitution among the so-called street children. Many stories are told of this great priest. One of them tells of a boy who has lived on the street since he was five years old. He was taken to the hospital and he asked about his father. A doctor then asked him, 'Who is your daddy?' He replied: 'Don Rino'.”

In 2018, Fr Bergamin was diagnosed with lung cancer. After a year of suffering, the Lord called him to Himself on February 13, 2020, while he was again in Italy, at Castello di Godego.