Vatican – The cause of martyrdom of Fr Elia Comini, SDB, proceeds 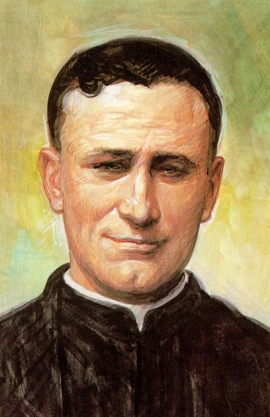 (ANS - Vatican City) - On Tuesday, 25 February 2020, the historical Consultors of the Congregation for the Causes of Saints expressed a positive opinion on the Positio super martyrio of the Salesian priest Fr Elia Comini (1910-1944): Positio drawn up after, on February 22, 2019, the same Congregation had granted that this Cause, which started super virtutibus, could indeed be studied super martyrio, also in light of new historical-documentary evidence.

The supplementary Positio delivered on 8 October 2019 to the Congregation for the Causes of Saints clearly reveals the story of the Servant of God linked to the Nazi massacre of Monte Sole (October 1944): Fr Elia Comini and the Dehonian father Martino Capelli decided lucidly, on the morning of September 29, 1944, to rush towards the locality of "Creda di Salvaro" in the municipality of Grizzana (Bologna) to administer the last comforts of faith to a group of agonizing victims of Nazi barbarism.

They did so while remaining clearly identifiable as priests, with the stole, the holy oils and a display case containing the Eucharist: instead of staying, fully aware that by staying in the church or in the adjacent rectory they would not run any risk, they went. Immediately captured, they were stripped of their priestly insignia and heavily humiliated by the SS, even with hard forced labour: they are forced to transport ammunition on mountain paths and are seen by a few witnesses: they are overloaded, tired, almost deformed by effort, near chains that perhaps tied them. They are then put into captivity and subsequently killed together with a group of old and disabled people, in the locality of Pioppe di Salvaro.

In the final moments, an SS soldier severely hits Fr Elia Comini's hands to force him to leave the Breviary; and Fr Elia himself accompanies the dying by intoning the Litanies, while Father Capelli invokes forgiveness and, also struck, in his last moments he blesses the fallen and his companions in agony. It was the evening of October 1, 1944.

On the basis of testimony and documentation, an attempt was made to ascertain and demonstrate the martyrdom of the two religious, who exposed their lives only to fulfill priestly duties and administer the last sacraments to the dying. In the days after the massacre of the cask of Pioppe di Salvaro, despite having killed over 40 people, the SS seem to have boasted of only the death of the two priests, with the words "Zwei Pastoren kaputt" (two broken shepherds).