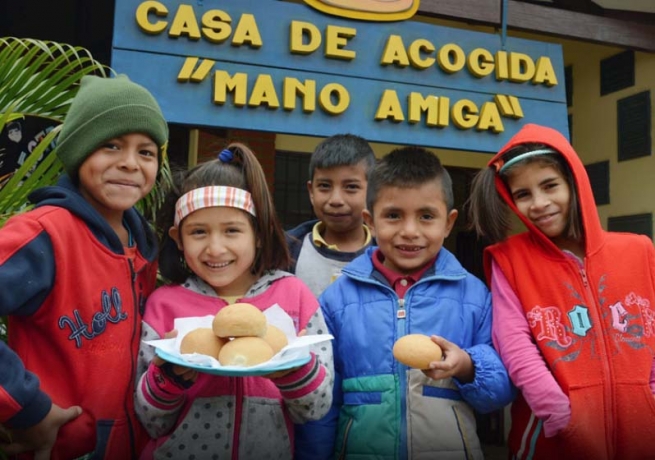 (ANS - Santa Cruz) - There are many places in Bolivia where the Salesians strive to save children, adolescents and young people from the street, trying to gradually remove them from a condition they have become accustomed to. Many of them live on the streets in the absence of a family reference, while others survive with a few small jobs, exposed to all kinds of addictions: drugs, alcohol, glue inhalation …

One of the works that the Salesians are dedicating to these vulnerable children is in Santa Cruz de la Sierra, where the "Proyecto Don Bosco" was launched 29 years ago, thanks to the initiative of Fr Ottavio Sabbadin; it educates hundreds of vulnerable children according to the principles of the Don Bosco Preventive System.

Bolivia, with all its natural wealth, is a poor country. It is among the 10 poorest countries in the Americas in terms of per capita income and this situation is reflected in wages, which on average never reach 100 dollars.

The weakest groups are those who suffer the most from social injustice and many families are at risk of exclusion due to the political, economic and social crisis that the country is experiencing.

Although laws and initiatives exist to protect children, only 7% of children living in rural areas end the eight years of compulsory schooling.

The Don Bosco Project is an initiative aimed at the recovery and social reintegration of street children. It consists of three centers located in the city of Santa Cruz de la Sierra: the Hogar Don Bosco, the Mano Amiga shelter and the "Barrio Juvenil Don Bosco" Center.

These centers are attended by 900 minors in a situation of high social risk, but thanks to "Papa Ottavio" - as the minors call him - and to other Salesians and collaborators, these children and young people can get an education for their future and, possibly, their reintegration into their families of origin.