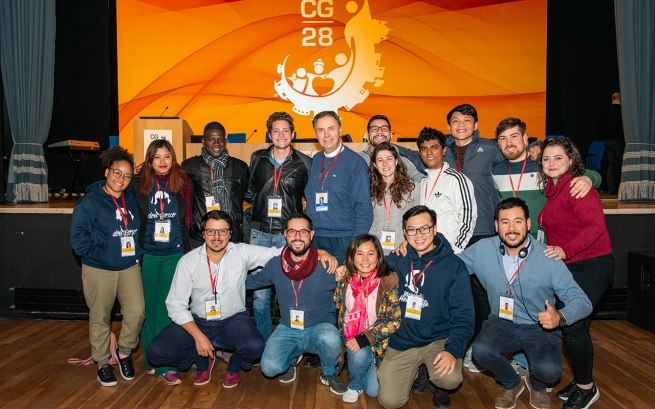 (ANS - Turin) - Monday 2 March was characterized by two types of work: in the morning, in the commissions; in the afternoon, at the assembly, for the presentation of the proposals elaborated by the juridical commission.

By interviewing various members of the commissions who continued the work already started last week on the first nucleus (Priority of the Salesian mission among young people), one can grasp the general satisfaction with the climate of sharing that has been created within the commissions and subgroups.

Among the most characteristic features of this chapter work phase, the following emerged:

-       The fact that an atmosphere of understanding, openness and willingness to collaborate with any type of service requested was immediately created: one feels at home, with the desire to share and receive the contributions that others have to offer.

-       The division into smaller groups made possible a wider and more intense participation of the Chapter members, bringing out the great variety of contexts and ways of incarnating the Salesian charism in each Region. However, the story of experiences has always been illuminated by a gaze forward towards the next 6 years, trying to understand together the path towards which the Lord calls the Congregation. The need for change is felt.

-       The main protagonists of the day were the young people themselves, invited to the GC28, who took part in the work of the commissions, thereby changing their internal dynamics: the Salesians ready to listen and the courageous and competent young people in making their contribution. "It is the presence of young people, not only here in the chapter, that shows us the way. They are the center, like the sheep are for the Good Shepherd, who is around, on the outskirts, in order to better graze and defend them. Young people are for us the treasure in the field ... ".

In the afternoon the session began with the brief presentation by Fr Ivo Coelho, General Councilor for Formation, of Young Salesians and accompaniment - Orientations and directives, a document recently promulgated by the Rector Major and by the Council which illuminates the reflection on the second core of the theme of the GC28 (Profile of today’s Salesian).

The juridical commission then presented its proposals by grouping them into 15 themes, the result of listening to all the contributions received from the Provincial Chapters, from the General Council, from individual Salesians. In forthcoming days, there will be time to study them and to discuss in groups or in commissions.

These proposals concern the nature and service at the central level of the Salesian Family, Social Communication and Missions; the duration of the mandates of the members of the General Council and the modalities for their election; the role of Regional Councilors; the configuration and naming of some regions. The last section has already been dedicated to the personal study of these proposals.