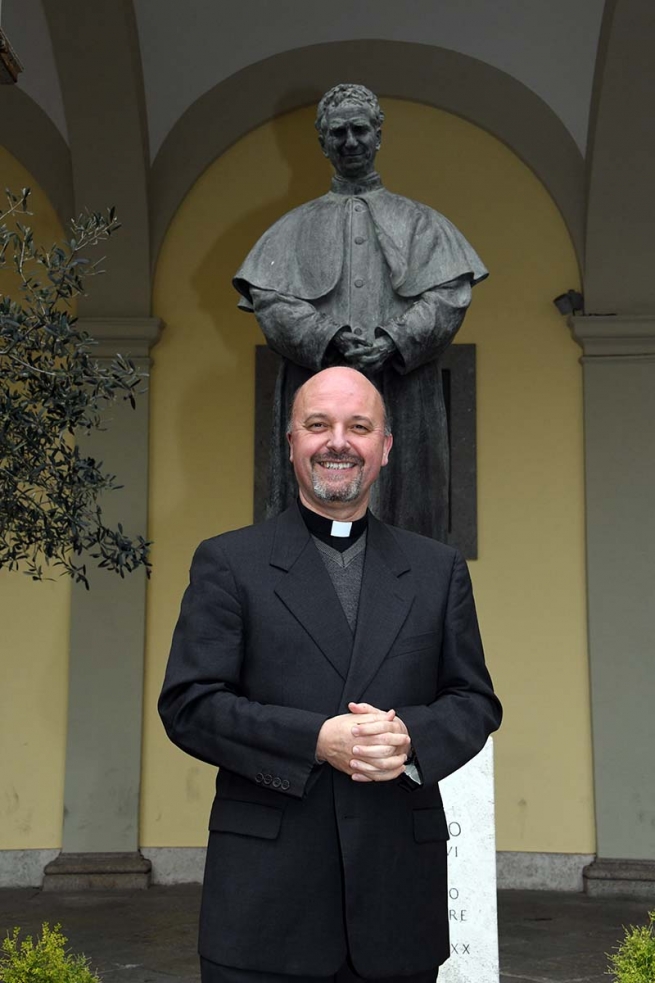 (ANS - Rome) - The 28th General Chapter of the Salesian Congregation has elected Fr Stefano Martoglio as Vicar of the Rector Major for 2020-2026; until now, he was Councilor for the Mediterranean region.

Stefano Martoglio was born in Turin on 30 November 1965. He entered the novitiate at Monte Oliveto in Pinerolo in 1984, made ​​his first profession in the Basilica of Mary Help of Christians in Turin on 8 September 1985, and his perpetual profession on 27 September 1992 in Castelnuovo Don Bosco. He was ordained priest in Turin on 11 June 1994.

He served as a member of the House Council in the community of Pinerolo and that of St. Dominic Savio, Valdocco, before becoming Rector of the Mother House of the Congregation in Valdocco in 2004.

In 2008 he was appointed Superior of the Special Circumscription of Piedmont and Valle d'Aosta.

He participated in the 25th General Chapter and was part of the pre-chapter Commission for GC27.

The 27th General Chapter elected him as the 1st Councillor for the Mediterranean region.