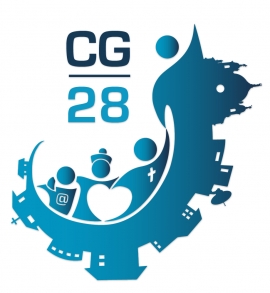 (ANS - Rome) - Formation, Youth Ministry, Social Communication, Missions and Economics: the 28th General Chapter of the Salesian Congregation has appointed the Sector Councilors for the 2020-2026 term.

In Formation, Fr Ivo Coelho was confirmed for a second six-year term, as he held the same office in 2014-2020. Fr Ivo Nicholas Coelho was born on 15 October 1958 in Mumbai (India). Entering the Salesian novitiate in Yercaud in 1976, he made his first vows on 24 May 1977 in the same city, and his perpetual vows exactly 7 years later in Mumbai. He was ordained a priest on 27 December 1987 in Panjim. Among the most important previous positions, he was Provincial of India-Mumbai (2002-2008) and moderator at General Chapter 26.

Fr Miguel Angel García Morcuende was elected as Councilor for Youth Ministry, having served in the same Department between 2010 and 2017, involved in the School and Vocational Training Sector. Fr García Morcuende was born on 29 September 1967 in Madrid (Spain); he attended the Salesian novitiate in Mohernando, where he made his first profession on 16 August 1986. He made his perpetual vows in Arevalo on 11 June 1994, and was ordained a priest on 5 April 1997 in Madrid. Before his period of service in Rome he had already served in Youth Ministry at his home Province (2003-2010), the then "Spain-Madrid".

Elected to Social Communication was Fr Gildásio Mendes dos Santos, this past February installed as Provincial of the Salesian Province of Brazil-Belo Horizonte (BBH), and previously Provincial of Brazil-Campo Grande (BCG). Born on 18 March 1963 in Conceição do Barra, Fr Gildásio Mendes dos Santos entered the Salesian novitiate in São Carlos, where he made his first vows on 6 January 1984. He made his perpetual profession on 11 February 1990 in Campo Grande. On December 12, two years later, in Rondonopolis, he received priestly ordination. He gained his experience in the sector as Provincial Delegate for Social Communication (2004-2005 and then 2009-2015) in the BCG Province.

For Salesian Missions, Fr Alfred Maravilla, currently Superior of the Vice Province of Papua New Guinea-Solomon Islands (PGS) was elected. Alfred Maravilla was born in Silay City, Negros Occidental, Philippines, on 31 July 1962. After completing his novitiate in Canlubang, he left as a missionary to Papua New Guinea, where he made perpetual vows on 24 March 1988 in Gabutu.  After studying Theology in Cremisan, Israel, he received priestly ordination in his hometown on August 15, 1992. For him too it is a return to a Department where he had already collaborated: from 2008 to 2017, he was in Rome, working with the formation and accompaniment of missionaries.

Finally, reconfirmed as Economer General was Bro Jean Paul Muller, Salesian coadjutor, who first served in this office on 27 January 2011 when he was appointed by the then Rector Major, Fr Pascual Chávez, and confirmed Economer by the 27th General Chapter. Born on October 13, 1957, in Grevenmacher, Luxembourg, he entered the novitiate in Jünkerath on August 16, 1978, where he made his first Salesian profession on August 15 of the following year, and made his perpetual profession on August 15, 1984. He participated in General Chapters 23, 24 and 26 and was part of the pre-capitular commission for the GC27.