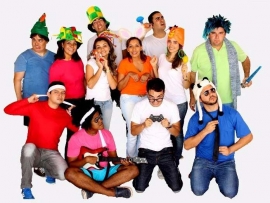 Brazil – “Pão Nosso”, a humorous programme for evangelization on YouTube

(ANS - Natal-RN) - The programme "Pão Nosso" ("Our Bread") was created to evangelize in a light-hearted way, combining humour and typical topics of Christianity. It was done on a YouTube channel of the same name and produced in Natal. The programme was designed and produced by members of the youth groups of the Salesian parish in Gramoré district, along with members of the local Salesian Youth Movement and young people from other Catholic movements. 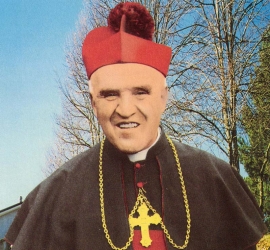 (ANS - Rome) - Following the recognition on March 3rd by the Holy Father Pope Francis, in which the Servant of God, Stephen Ferrando SDB, Bishop of Shillong and founder of the Congregation of the Missionary Sisters of Mary Help of Christians was declared Venerable, the Rector Major sent a letter to all groups of the Salesian Family. 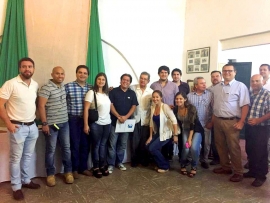 Paraguay - The first Past Pupils’ Centre in Paraguay

(ANS - Asunción) - "For a long time the Salesians of Paraguay cherished in their hearts a wish for the creation of a Province of Paraguay" according to a chronicle of the time. Indeed Paraguay depended on other provinces until the then Rector Major of the Salesians, Fr Renato Ziggiotti, in a decree of 8 September 1954, created the new Province of Paraguay, called "Maria SS. Assunta". The Salesian College had already been in existence for many years before. Founded with the name “Monsignor Lasagna", it has become the biggest Salesian Work in Paraguay and it is now 119 years old. 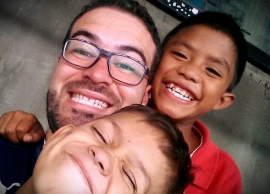 Kosova - The happiness of a Salesian in Gjilan

(ANS - Gjilan) - For some time now happiness has been a regular topic of conversation in Gjilan, Kosovo. And, without being boastful, one reason for it is the presence of the Salesian community. Here is the report of Giuseppe Liano, a young Salesian missionary student. 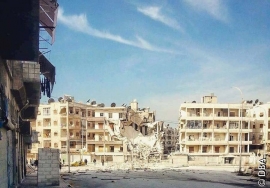 Syria - a country that is suffering

(ANS - Qamishli) - Syria is a country that is suffering from five years of war. The young Syrian Salesian Mhran Charkajian gives this account:

Senegal – Project on behalf of disadvantaged women comes to an end

(ANS - Dakar) – Friday 11 March marked the end of a project at the Salesian Centre of Ker Don Bosco in Dakar, Senegal. The project was called "Teaching trades through education of young people and literacy courses for women in the area of Yoff". It was an effort to deal with the problems of high youth unemployment in Yoff, because of the low professional qualifications of so many young people at risk, and the vulnerability of women in that area.