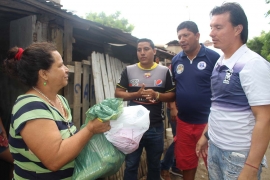 (ANS - Manta) - The earthquake has left behind not only destruction and death, but also sadness and desolation of soul. "We find people who are unable to overcome the blow, the impact of the earthquake and we see them beaten, quiet, and with great sadness," writes Josetxo Garcia. The mission of the Salesians is to accompany them. 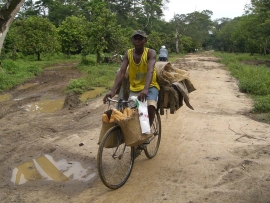 Madagascar - The bicycle, a means of evangelizing and a way to be with the poor

(ANS - Bemaneviky) - Madagascar is one of the ten poorest countries on the planet. Far from a picture of tropical paradise, lately internationally known for the discovery of three types of the smallest primates in the world, it is a place where often the rights of children are not respected. Malagasy children face poverty in their daily lives. Fr Tomas Lukaszuk, Polish missionary, decided to evangelize using a bicycle to get around "because the bicycle is the means of transport of the poor." 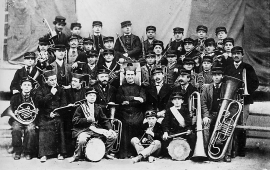 (ANS - Rome) - To educate poorer young people in art, music and theatre, the Salesians in Italy have come up with many practical projects to ensure that art becomes an instrument of development for children, teenagers and young people. 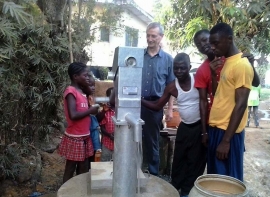 (ANS - Monrovia) - One of the pastoral problems of Liberia concerns the family. The Salesians in the country are faced with a situation that sees a high number of de facto unions, children raised by a single parent, and girls who are already mothers when they should still be at school. The pastoral activity of the Salesians is also directed towards the emotional education of young people, not to mention the initiatives to promote religious activities and social works on behalf of the needy. 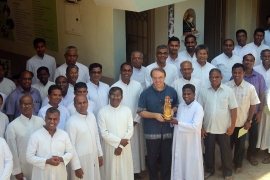 India – Extraordinary Visitation to INT: things to thank God for and challenges 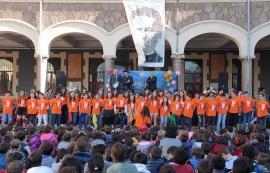 Spain - The dreams and projects of the Rector Major: "Education changes lives"

(ANS - Bilbao) - "In his visit to the Salesian communities of Castile and León, Catalonia, Valencia, La Rioja, Andalusia and Galicia” wrote the newspaper La Rioja, “Fr Angel Fernandez Artime, Rector Major, revealed that he had found a climate of great serenity in the Congregation, which is present in 132 countries, which is a great strength." The Rector Major was greeted everywhere by children, youth and members of the Salesian Family. "The Salesians are a great religious family,” the Rector Major reiterated, “called to do educational miracles."