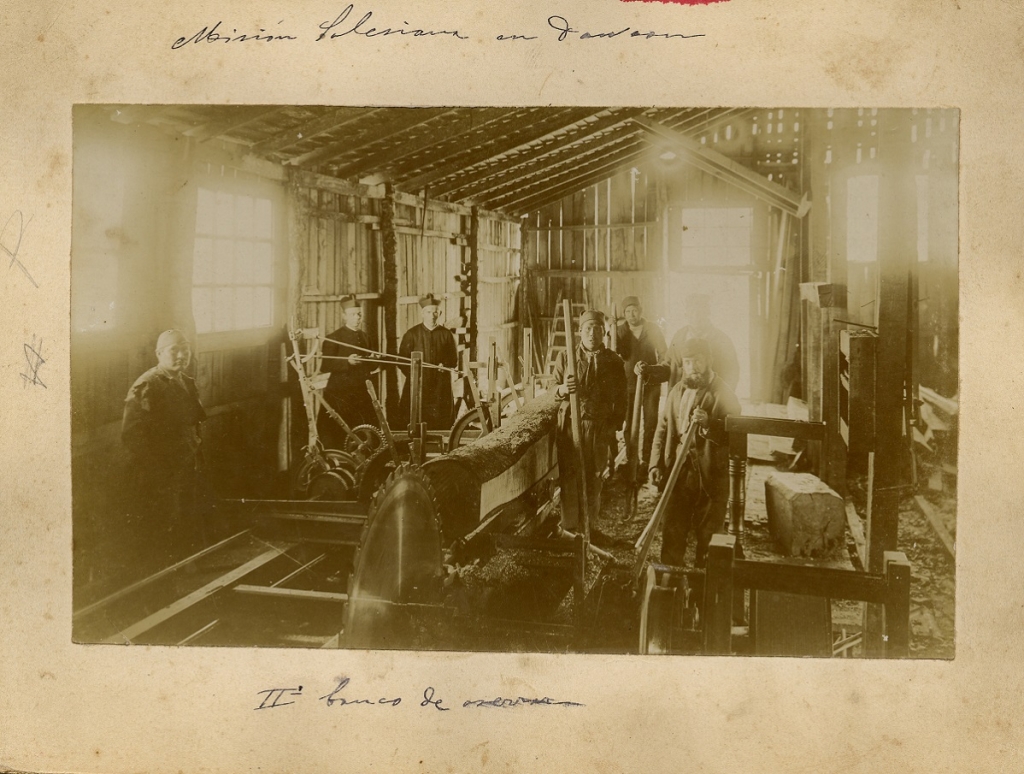 Dawson Island, Chile - 1889 - Between 1889 and 1911, Salesian mission works were founded on the territory of Dawson Island, an island belonging to the Tierra del Fuego archipelago, 100 kilometers south of Punta Arenas. The Salesians arrived in these places with the task of protecting and evangelizing the population - now extinct - of Selk'nam Native Americans. In the photo, the Salesians and a group of workers pose inside the open sawmill on the island.