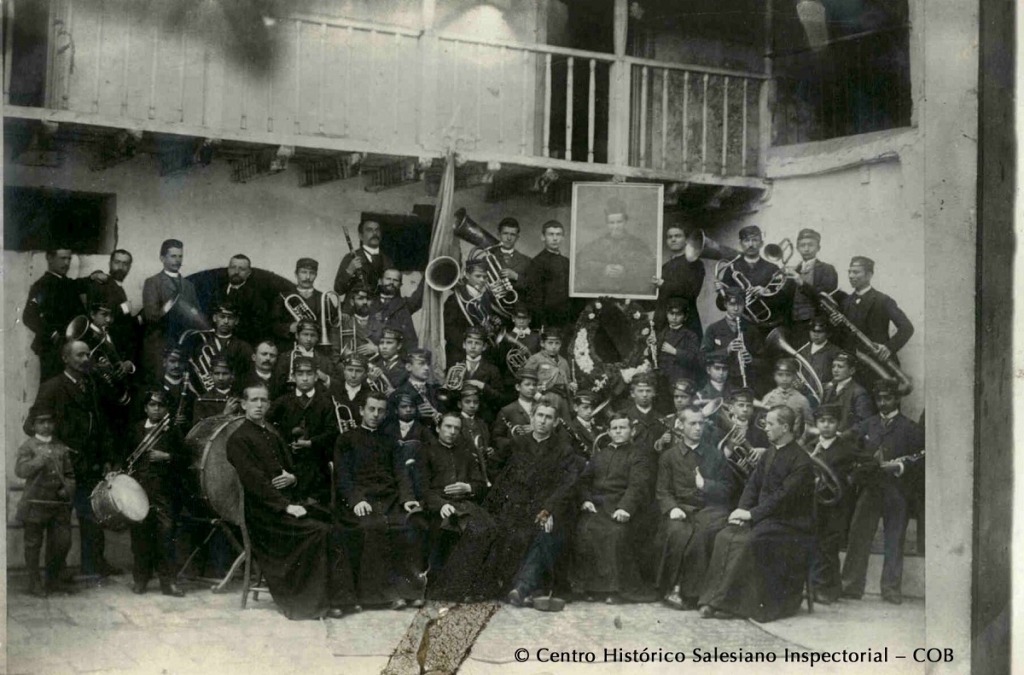 Bogotà, Colombia - 1891 - The first Salesians in Colombia in a photo that portrays them together with the musical band. According to data from the Salesian Historic Center of the St Peter Claver Province of Bogotà, the photograph was taken at the beginning of August 1891, right after the band's first public concert.