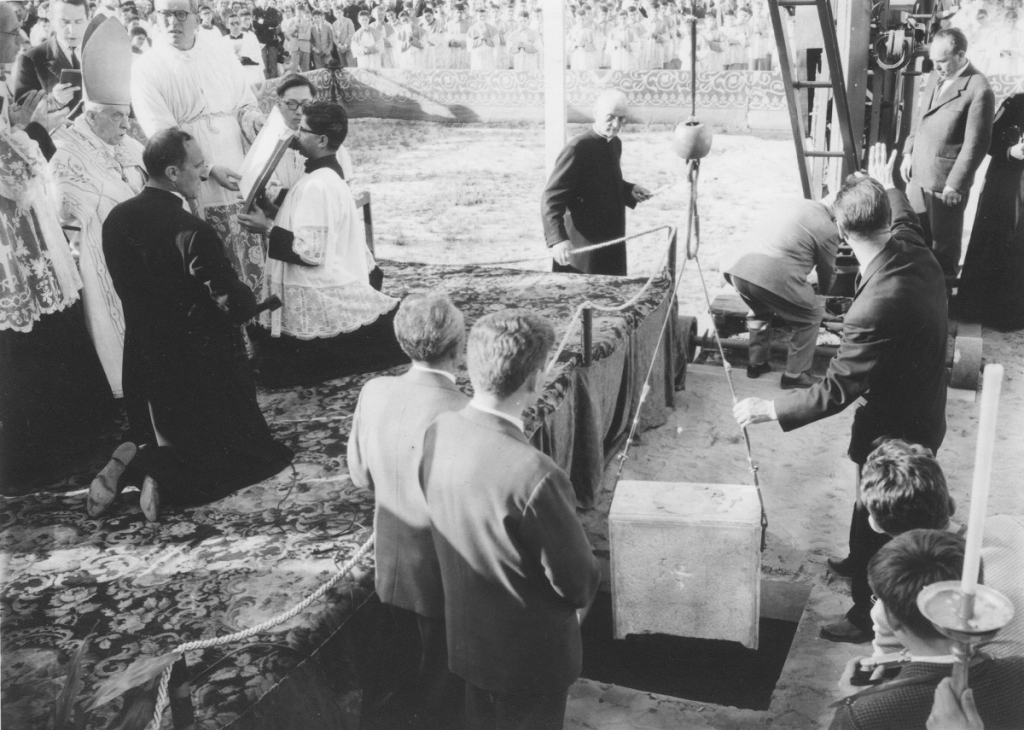 Turin, Italy - 1961 - On 11 June 1961 the first stone of the temple at Colle Don Bosco was laid. In the photo we see, in the background, Don Fedele Giraudi, who helped the designer to create the work and, later, Mgr. Fossati, in one of his last public appearances. Further behind, however, we see the little singers and chirichetti of Valdocco.