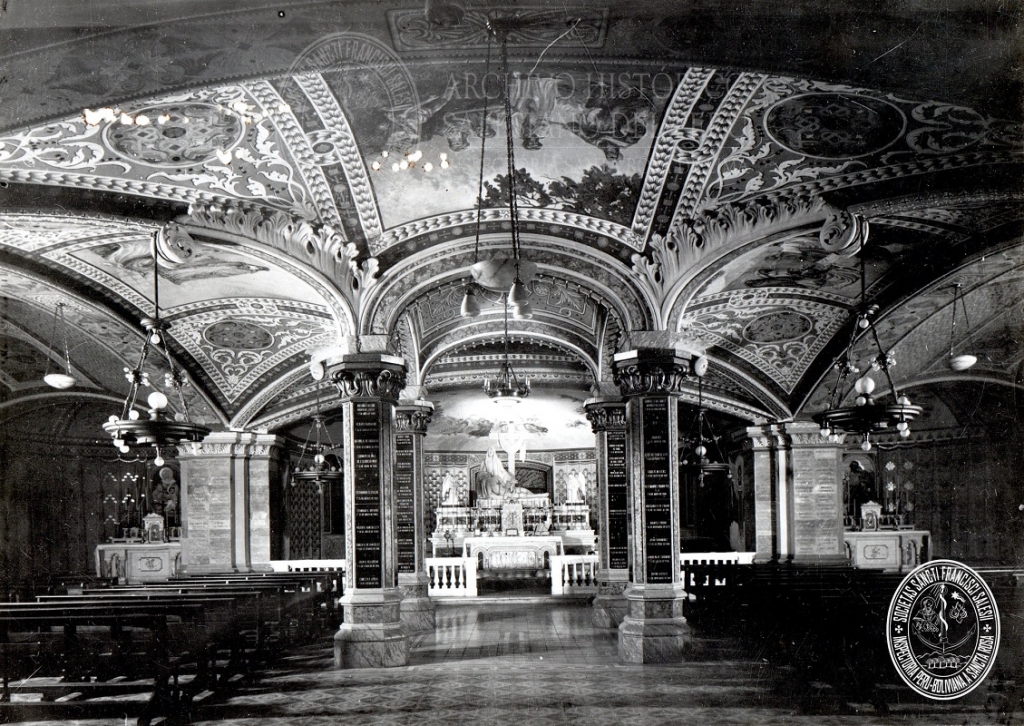 Lima, Peru - 1917 - Yesterday, 2 September, the 104th anniversary of the inauguration of the Crypt of the Basilica of Mary Help of Christians in Lima was commemorated. Over the years, various artists worked on the Crypt, such as the Italian painters Umberto Feltrín and Cesare Mainella, who created the pictorial ornamentation on the walls in 1929. The Basilica of Mary Help of Christians was inaugurated in July 1921 as a "National Tribute for the Centenary of the Independence of Peru" and this year, 2021, it was declared by the Peruvian Ministry of Culture as a Cultural Heritage of the Nation.