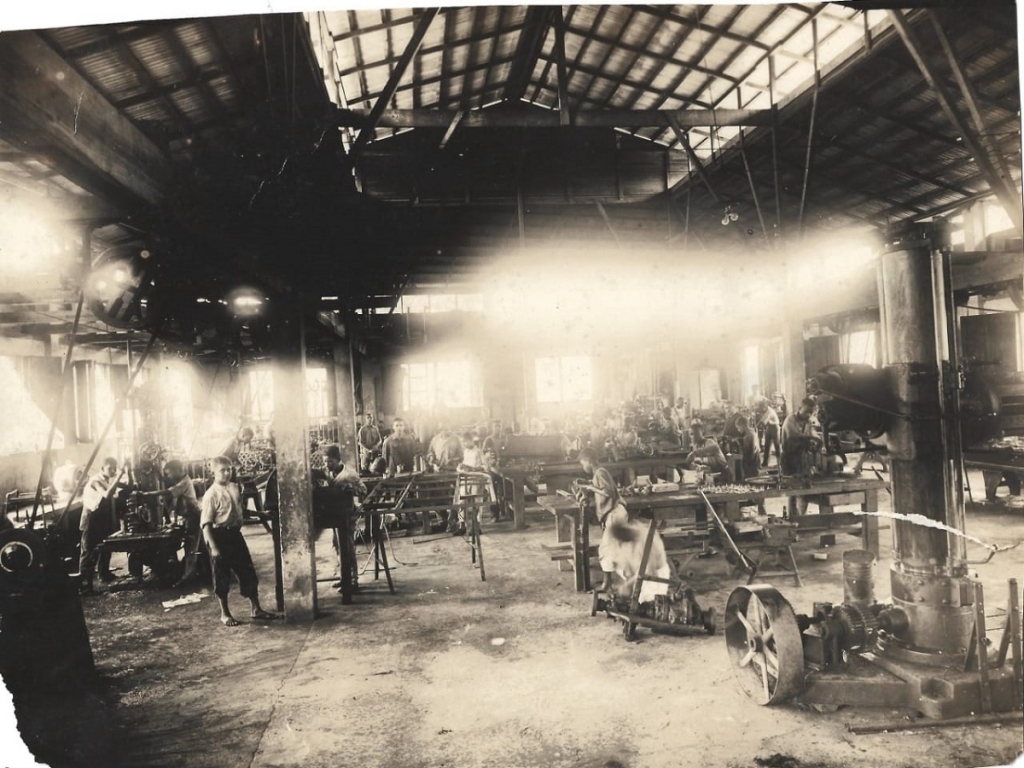 Panama City, Panama - 1920 - An ancient image, dating back to 1920, which testifies to the beginnings of the Salesian work in Panama. This photograph, published on the Facebook page of the Don Bosco Technical Institute, shows the workshop in which the blacksmith's trade was taught to little orphans. The Salesians arrived in Panama in 1907 to found the "Hospice of the Orphans", which formally began two years later. The work was placed on land annexed to the Don Bosco Basilica and remained there until 1958 when it was moved to the new headquarters in Paitilla.