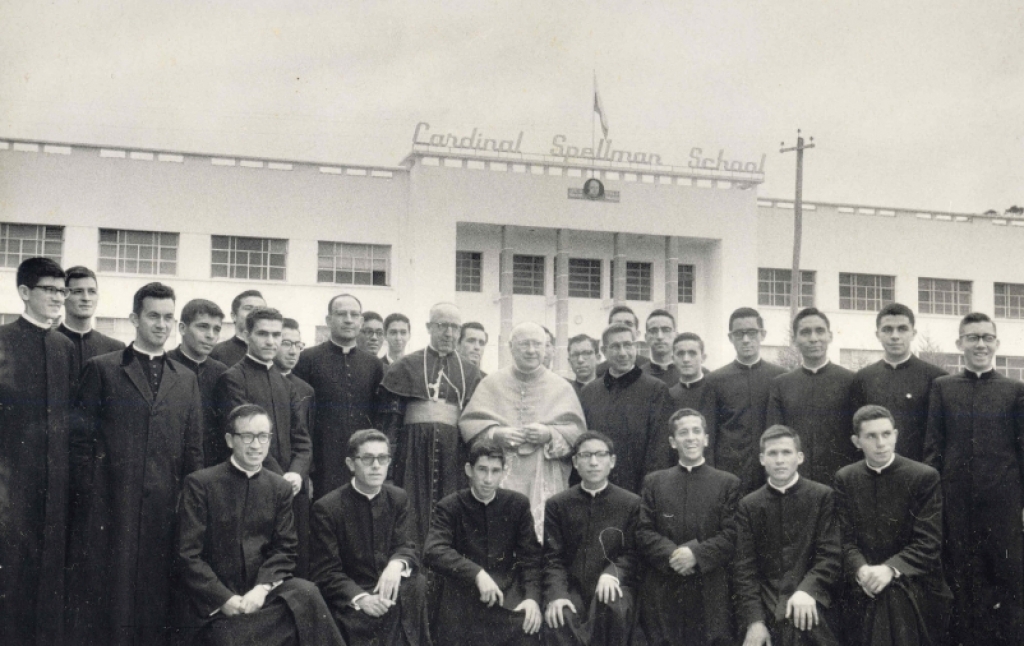 Quito, Ecuador - October 1957 - The Salesian school "Cardenal Spellman" was founded on 1 October 1957. The institute was born on the initiative of the then Archbishop of Quito, Cardinal Carlos María De la Torre, who, together with Msgr. Cándido Rada, SDB, managed the project and got in touch with Cardinal Francis Spellman, then archbishop of New York; the latter made available the resources to carry out the work, why, as a token of gratitude, the institute took his name. Subsequently, the school changed its seat, passing from the district of Girón to Cumbayá; in 2000, it officially became the "Cardinal Spellman Salesian Educational Unit."