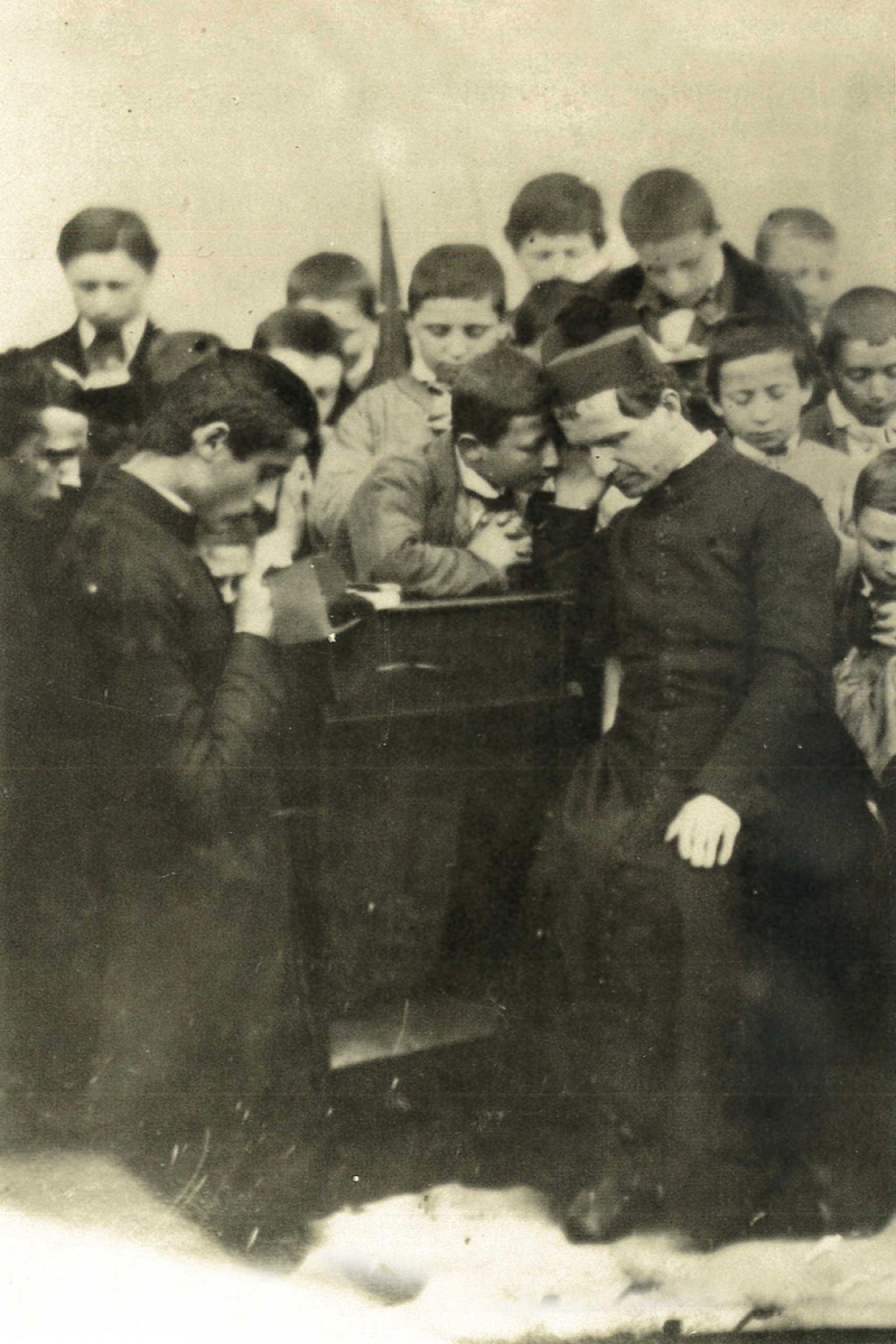 Turin, Italy - It has been written, and it is absolute truth, that Don Bosco never stopped confessing, even when he was sick, and still a few months before he died he continued to do so. His great joy was that his children were “in the grace of God”. All the boys wanted to confess to Don Bosco and the reason is visible in this, the most beautiful photo for Don Bosco, the one where he shows his identity as a priest. He has a serene face, an attentive gaze, a paternal attitude. In this circumstance, he was confessing the one who will be his second successor at the head of the Congregation: Paolo Albera. The photo was taken by Francesco Serra, with the title “Don Bosco who confesses”, in Turin, in 1861.