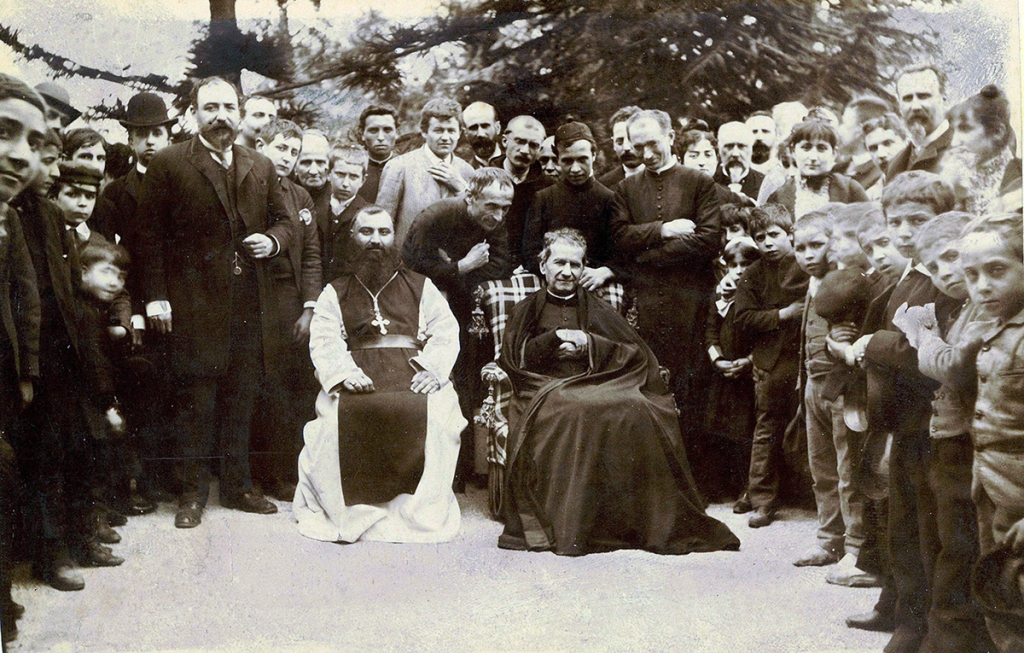 Barcelona, Spain - 1886 - It is May 3, 1886, Don Bosco is in Barcelona. He had faced a long and painful journey. In the chronicles of those days, it is often repeated that Don Bosco is “dead tired.” The photo was taken in the park of the villa of Fr Luìs Martì-Codolar, a great benefactor of Don Bosco. During his stay in Barcelona, Don Bosco was literally "eaten" by an overflowing crowd. He assures that "never, neither in Italy, nor in France and in Paris itself had he ever seen such a thing". Two days earlier, a citizens' committee even gave him Mount Tibidabo.

We see him abandoned in the armchair, exhausted. To walk he had to be supported by two people. He holds his arms, exhausted by the thousands and thousands of blessings and communions distributed. Fr Michele Rua, who leans over him, the cleric Viglietti and Fr Branda shield him because people want to "touch" him. The face of Don Bosco, understanding and helpful, expresses a subdued, intimate satisfaction, all his own.