Italy - The Salesians participating in the XVI General Chapter
Featured 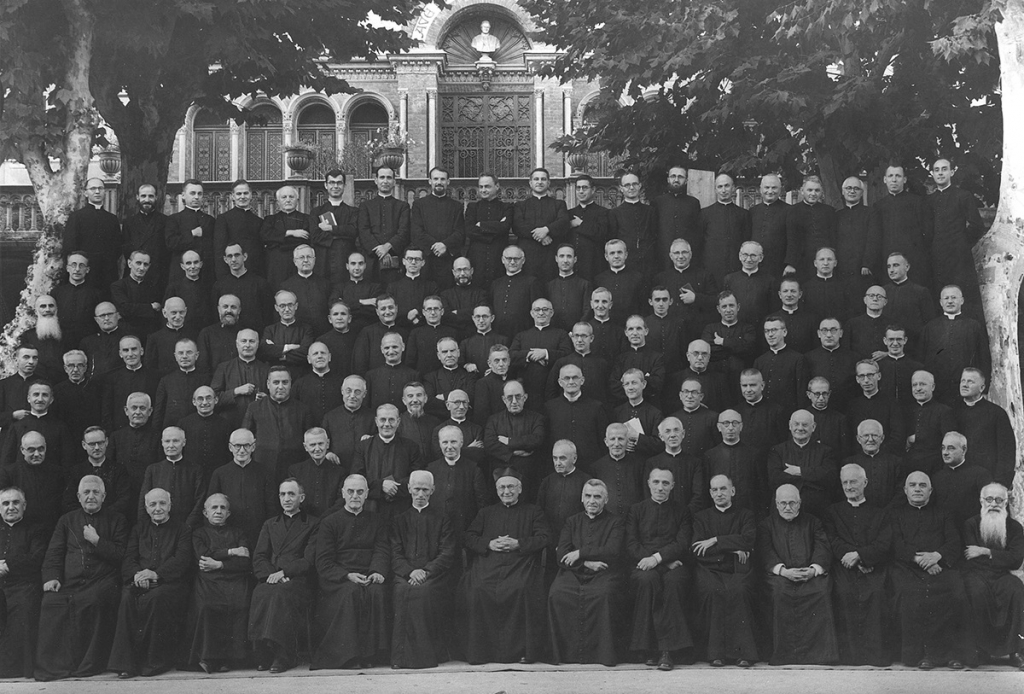 Turin, Italy - October 1, 1947 - On October 1, 1947, a souvenir photo of the 108 Salesians of Don Bosco was taken at the "Valsalice" Institute in Turin, among Provincials and delegates from various parts of the world who participated in the 16th General Chapter of the Salesian Congregation, in which Fr Pietro Ricaldone was re-elected Rector Major. In that Chapter, the Spiritual Exercises were preached by Msgr. Vincenzo Cimatti and Fr Eugenio Ceria.