Vatican – New "Directory for Catechesis". All the novelties that cannot fail to interest Salesians
Featured 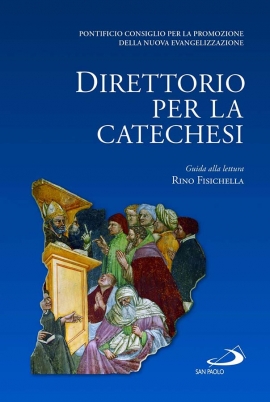 (ANS - Vatican City) -  The press conference for the presentation of the new Directory for Catechesis prepared by the Pontifical Council for Promoting the New Evangelization (PCPNE) took place yesterday, June 25, in the "John Paul II" Hall of the Holy See Press Room. For those so dedicated to catechesis, such as the Salesians, the publication of the Directory "can mark a positive provocation, because it allows us to experience the dynamics of the catechetical movement that has always had a significant presence in the life of the Christian community," explained Msgr. Rino Fisichella, President of the PCPNE.

The Directory for Catechesis is a document of the Holy See entrusted to the whole Church. Primarily addressed to bishops, it will serve above all in the ordinary work of evangelization of priests, deacons, consecrated persons, and millions of catechists.

The text presented yesterday, the result of extensive international consultation, is the third that has been presented since Vatican II. The previous two marked the last fifty years of the history of catechesis, but Msgr. Fisichella indicated two specific needs for the creation of this new Directory: the great challenge of digital culture; and then, at a more theological and ecclesial level, the need to follow up on the synodal paths undertaken by the Church in the last 15 years.

The prelate then highlighted how this Directory qualifies to support a "kerygmatic catechesis", in which the "heart of catechesis is the announcement of the person of Jesus Christ, who surpasses the limits of space and time to present himself to each generation as the novelty offered to reach the meaning of life."

The Directory unfolds by touching on various themes which do nothing but refer to the basic objective: "to share the knowledge of Christian love that leads those who have accepted it to become evangelizing disciples."

A new feature, for example, is the link between evangelization and catechumenate in its various meanings: thus, the encouragement for "pastoral conversion" which serves to free catechesis from those ties that prevent its effectiveness - such as the "school scheme or mode" with which catechism is often offered.

Subsequently, the emphasis was placed on the importance of the formation of catechists in the use of art and beauty, indicated as one of the "sources" of catechesis.

Yet another dimension on which the Directory places the accent is to keep the mystery of faith united, "while articulating it in the different phases of expression" (theology, liturgy, charity).

The conclusion, the new Directory "presents the kerygmatic catechesis that ... finds its strength in the meeting, the encounter", because "for too long catechesis has focused its effort in making known the contents of faith and the pedagogy to transmit them, leaving out the defining moment, the act of choosing faith and giving one's assent"; while the catechesis that gives the primacy to the kerygma, first of all underlines that the choice of faith is "an act of freedom because one discovers oneself to be loved."