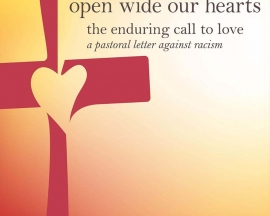 (ANS – San Francisco) – The "Saint Andrew" Province of the United States West (SUO), which had already issued a statement at the beginning of the month on the episodes of racism in the country, issued a letter on the same topic in recent days, edited by of the Provincial Delegate for Formation. Below is the text of the letter.

In the past three weeks since the death of George Floyd in Minneapolis, for the most part, anger has turned into resolve, looting has been overwhelmed by peaceful but forceful protests. House, Senate, and State Assemblies have proposed legislation for radical changes to police tactics, its militarization, and to the use of violent crowd control methods like tear gas and rubber bullets. And yet the resurgence of Black Lives Matter and demonstrations have not prevented the deaths of Sean Monterrosa in Vallejo, CA. and most recently Rayshard Brooks in Atlanta, GA.

How can we form ourselves as Salesians and collaborators to resist racism in all its forms?  We must first admit that we are all accomplices in racism, all part of the problem. We have allowed social structures of injustice and violence to grow in our churches, school systems and public institutions.  We have allowed voting suppression laws, housing discrimination, and denied equal economic and educational opportunities.

As Salesians dedicated to the education of the young, we need to familiarize ourselves with Church documents such as Pope Francis’ The Joy of the Gospel that says “NO” to an economy of exclusion, “NO” to a financial system that rules instead of serves, “NO” to a sterile pessimism, “NO” to the inequality of incomes, and a “YES” to unity over conflict, realities over ideas, and a reverence for truth, mercy, and justice for all.

Open Wide Our Hearts: the enduring call to love is a pastoral letter against racism published by the United States Conference of Catholic Bishops in November of 2018.  Open Wide Our Hearts follows similar letters in 1958, 1968, and 1979.  Why the US Catholic Bishops waited 41 years to issue another pastoral letter on “this particularly destructive and persistent form of evil…[that] still infects our nation” (OWOH, p. 3) is beyond me, although its description of what is going on is right on.

Open Wide Our Hearts (OWOH) is a courageous and heart-wrenching look at discrimination against Native Americans, Afro-Americans, Hispanics, immigrants, and refugees.  When will we as a nation confront racism ingrained in our hearts and in our institutions?  Hopefully, the last three weeks of protests will kick-start a long-lasting and effective movement towards equality and justice.

For the month of July, I propose that we spend 8 minutes, 46 seconds daily on educating and forming ourselves with Catholic social teaching, with the wonderful words of Pope Francis or with one of the Bishops’ letters, especially the most recent one, called Open Wide Our Hearts.  In a study guide for this pastoral letter on racism, we are invited to “pray, listen, study, reflect, and respond.”

We need to spend 8 minutes, 46 seconds in educating ourselves in the history of slavery, our treatment of native Americans, or our shameful immigration policies against the Japanese, Chinese in this last century or our dreadful and inhumane national immigration policy that we practice today.

Be informed by Catholic Social Justice and let it govern your attitudes and practice toward all our brothers and sisters.  In this time of COVID-19, let us practice social distancing and social justice as we open wide our heart to the enduring call to love.