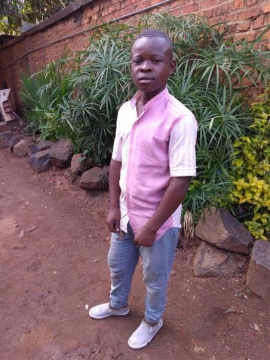 (ANS - Bukavu) - Jean-Claude Michaël Imani is a young man born in 2003 in the Democratic Republic of Congo. A problematic boy, who already around the age of seven was able to leave at will and at any time without saying goodbye and return after many days, was welcomed at the Don Bosco center in April 2019, after spending more than 7 years on the street. Recently, thanks to the Salesians and the commitment of many people, he has been able to reunite with his family.

Jean-Claude's story is difficult from the beginning: his mother died two months after his birth, his father barely survives with small jobs. Entrusted to the care of his aunt, one day, when he is about 8-9 years old, while he is out and about with his father, he gets lost near Bukavu and, not finding his parent anymore and not knowing where to go, he begins to live on the street.

Of all those years on the street he remembers being taken to different centers, where he did not adapt and that he abandoned shortly after, never thinking of reuniting with his family. On the other hand, when he arrived at the "Don Bosco Center" in Bukavu, directed by the missionary Fr Piero Gavioli, Jean-Claude let himself be identified as a street boy, was welcomed with other minors as part of the Center and, after a period of adaptation, was enrolled in the “Nyota Center” in level 2 of the school remedial program, for the year 2019-2020.

Meanwhile, the Salesians and their lay collaborators in the mission did not neglect the search for his relatives. They tracked them down to Goma, where Jean-Claude remembered his father lived, and at the end of confinement, from 14 August to 18 August 2020, they conducted an exploratory mission of mediation. Since the father still did not seem to be able to give guarantees to take care of his son, it was his cousin Félicien Shukuru, considered by Jean-Claude to be an "older brother", who said he was willing to welcome the "lost sheep".

Already on that occasion there was a first contact between him and his relatives, with Félicien who with his wife and their children immediately showed themselves happy to welcome him.

But the actual reunification took place only after the end of the 2019-2020 school year and the publication of the results: Jean-Claude was promoted with an average of 85%; he will continue to attend the 3rd level or 6th grade school, in Goma. Like the other children reintegrated into their families, he received a reunion kit: a bag of clothes (pants, shoes, underwear, tank top, toothbrush and toothpaste, lotion, sheets, blankets, T-shirt), a mattress and a bed.

The reunion journey ended after several stages of support and preparation for the child, as well as visits and interviews with the family. Without forgetting that the personalized accompaniment received at the "Don Bosco Center" and the words of encouragement offered in the "goodnight" every day also helped the child to gradually stabilize.