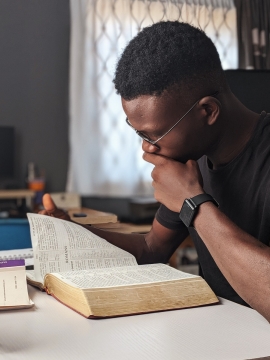 (ANS – Rome) – The Provincial who receives a new missionary in his Province has the obligation to ensure that he has formal language course of at least six months, which can be extended if the new missionary needs it. Today’s youth generally speak a foreign language, besides their national language. Thus, as pastor-educator of the young, bilingualism is a reality every Salesian in every context is challenged to face.

Language is a product of the thought and behaviour of a group of people. It is one of the most important part of any culture because it is the means for expressing the values, beliefs and meanings. Inversely, language determines the mindset, way of thinking and world view of a group enabling the members to build relationships and create a sense of community.

Learning a new language can be daunting, but it opens new horizons. Learning a language is not only learning the alphabet, the grammar rules, and the word order, but it is also learning the way of life and cultural traditions of a group of people.

Speaking a new language enables the Salesian to identify with others who speak the same language, know their culture, understand why they behave the way they do, reach out to them and whisper to them the Gospel! It opens to him the wide horizons of intercultural dialogue as well as enables him to be an active agent in deepening the inculturation of Don Bosco’s charism in his own culture.

For reflection and sharing:

-      How much effort do I exert to learn the local language and culture of the country I work in?

General Councillor for the Missions